American Cinema of the 1960s

American Cinema of the 1960s

The profound cultural and political changes of the 1960s brought the United States closer to social revolution than at any other time in the twentieth century. The country fragmented as various challenges to state power were met with increasing and violent resistance. The Cold War heated up and the Vietnam War divided Americans. Civil rights, women's liberation, and gay rights further emerged as significant social issues. Free love was celebrated even as the decade was marked by assassinations, mass murders, and social unrest. At the same time, American cinema underwent radical change as well. The studio system crumbled, and the Production Code was replaced by a new ratings system. Among the challenges faced by the film industry was the dawning shift in theatrical exhibition from urban centers to surburban multiplexes, an increase in runaway productions, the rise of independent producers, and competition from both television and foreign art films. Hollywood movies became more cynical, violent, and sexually explicit, reflecting the changing values of the time. In ten original essays, American Cinema of the 1960s examines a range of films that characterized the decade, including Hollywood movies, documentaries, and independent and experimental films. Among the films discussed are Elmer Gantry, The Apartment, West Side Story, The Manchurian Candidate, To Kill a Mockingbird, Cape Fear, Bonnie and Clyde, 2001: A Space Odyssey, Midnight Cowboy, and Easy Rider. 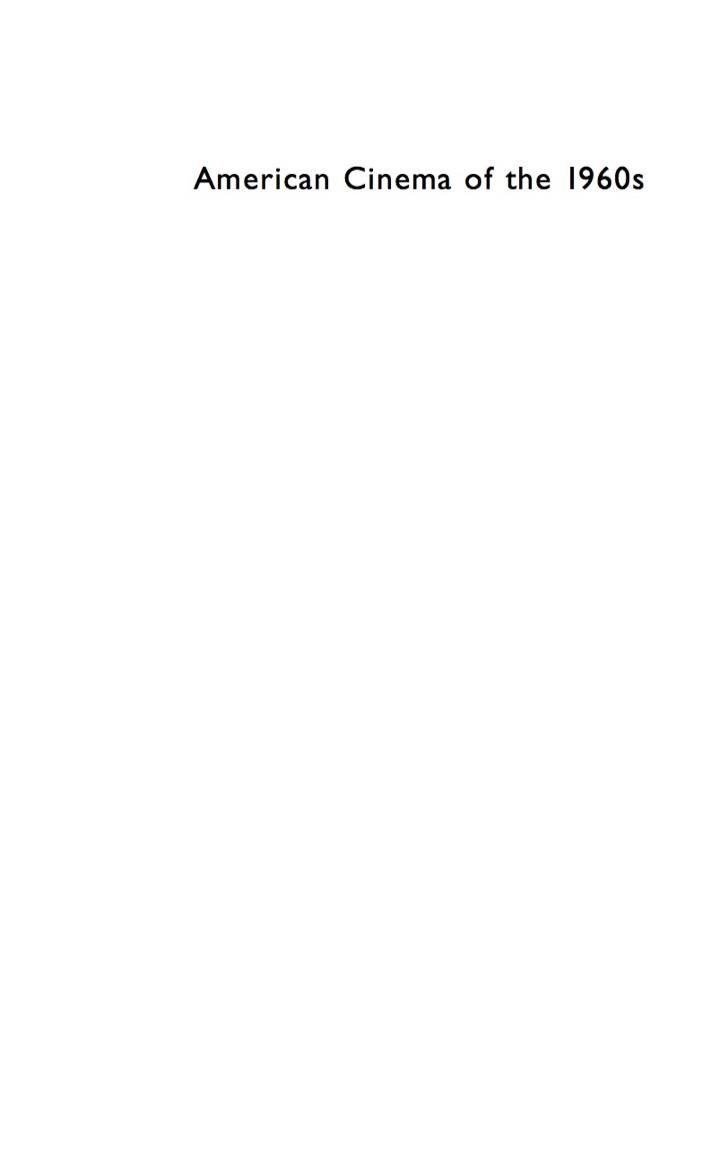