By John U. Ogbu; With the Assist Davis

John Ogbu has studied minority education from a comparative perspective for over 30 years. The study reported in this book--jointly sponsored by the community and the school district in Shaker Heights, Ohio--focuses on the academic performance of Black American students. Not only do these students perform less well than White students at every social class level, but also less well than immigrant minority students, including Black immigrant students. Furthermore, both middle-class Black students in suburban school districts, as well as poor Black students in inner-city schools are not doing well. Ogbu's analysis draws on data from observations, formal and informal interviews, and statistical and other data. He offers strong empirical evidence to support the cross-class existence of the problem. The book is organized in four parts: *Part I provides a description of the twin problems the study addresses--the gap between Black and White students in school performance and the low academic engagement of Black students; a review of conventional explanations; an alternative perspective; and the framework for the study. *Part II is an analysis of societal and school factors contributing to the problem, including race relations, Pygmalion or internalized White beliefs and expectations, levelling or tracking, the roles of teachers, counselors, and discipline. *Community factors--the focus of this study--are discussed in Part III. These include the educational impact of opportunity structure, collective identity, cultural and language or dialect frame of reference in schooling, peer pressures, and the role of the family. This research focus does not mean exonerating the system and blaming minorities, nor does it mean neglecting school and society factors. Rather, Ogbu argues, the role of community forces should be incorporated into the discussion of the academic achievement gap by researchers, theoreticians, policymakers, educators, and minorities themselves who genuinely want to improve the academic achievement of African American children and other minorities. *In Part IV, Ogbu presents a summary of the study's findings on community forces and offers recommendations--some of which are for the school system and some for the Black community. Black American Students in an Affluent Suburb: A Study of Academic Disengagement is an important book for a wide range of researchers, professionals, and students, particularly in the areas of Black education, minority education, comparative and international education, sociology of education, educational anthropology, educational policy, teacher education, and applied anthropology. 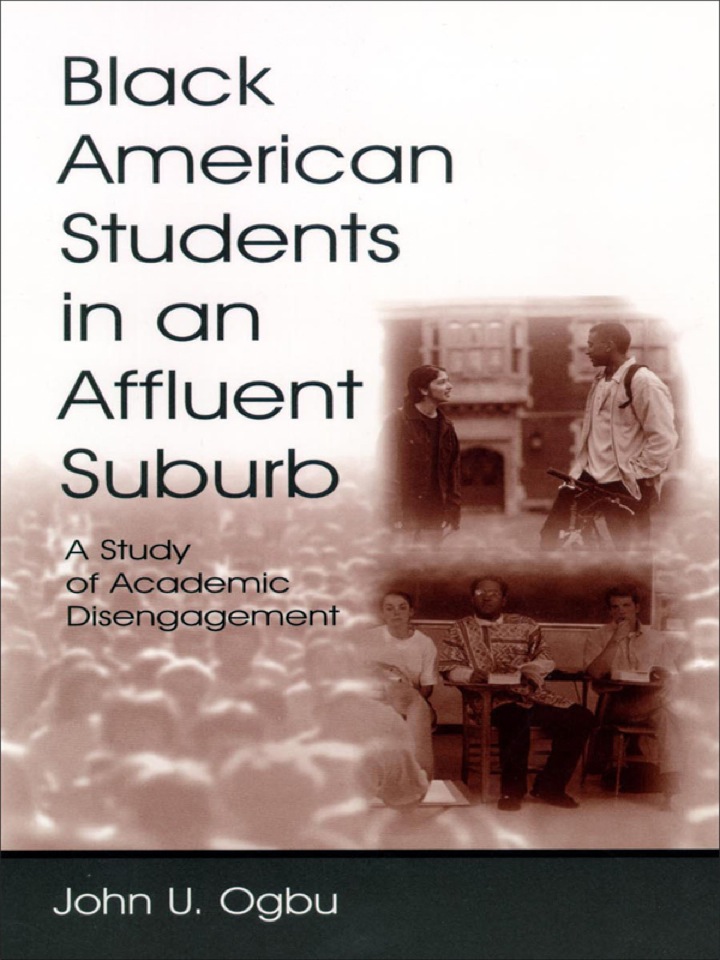 A Study of Academic Disengagement