Cognitive Technology: In Search of a Humane Interface

Cognitive Technology: In Search of a Humane Interface

In this book the editors have gathered a number of contributions by persons who have been working on problems of Cognitive Technology (CT). The present collection initiates explorations of the human mind via the technologies the mind produces. These explorations take as their point of departure the question What happens when humans produce new technologies? Two interdependent perspectives from which such a production can be approached are adopted:

• How and why constructs that have their origins in human mental life are embodied in physical environments when people fabricate their habitat, even to the point of those constructs becoming that very habitat

• How and why these fabricated habitats affect, and feed back into, human mental life.

The aim of the CT research programme is to determine, in general, which technologies, and in particular, which interactive computer-based technologies, are humane with respect to the cognitive development and evolutionary adaptation of their end users. But what does it really mean to be humane in a technological world? To shed light on this central issue other pertinent questions are raised, e.g.

• Why are human minds externalised, i.e., what purpose does the process of externalisation serve?

• What can we learn about the human mind by studying how it externalises itself?

• How does the use of externalised mental constructs (the objects we call 'tools') change people fundamentally?

The book calls for a reflection on what a tool is. Strong parallels between CT and environmentalism are drawn: both are seen as trends having originated in our need to understand how we manipulate, by means of the tools we have created, our natural habitat consisting of, on the one hand, the cognitive environment which generates thought and determines action, and on the other hand, the physical environment in which thought and action are realised. Both trends endeavour to protect the human habitat from the unwanted or uncontrolled impact of technology, and are ultimately concerned with the ethics and aesthetics of tool design and tool use.

Among the topics selected by the contributors to the book, the following themes emerge (the list is not exhaustive): using technology to empower the cognitively impaired; the ethics versus aesthetics of technology; the externalisation of emotive and affective life and its special dialectic ('mirror') effects; creativity enhancement: cognitive space, problem tractability; externalisation of sensory life and mental imagery; the engineering and modelling aspects of externalised life; externalised communication channels and inner dialogue; externalised learning protocols; relevance analysis as a theoretical framework for cognitive technology. 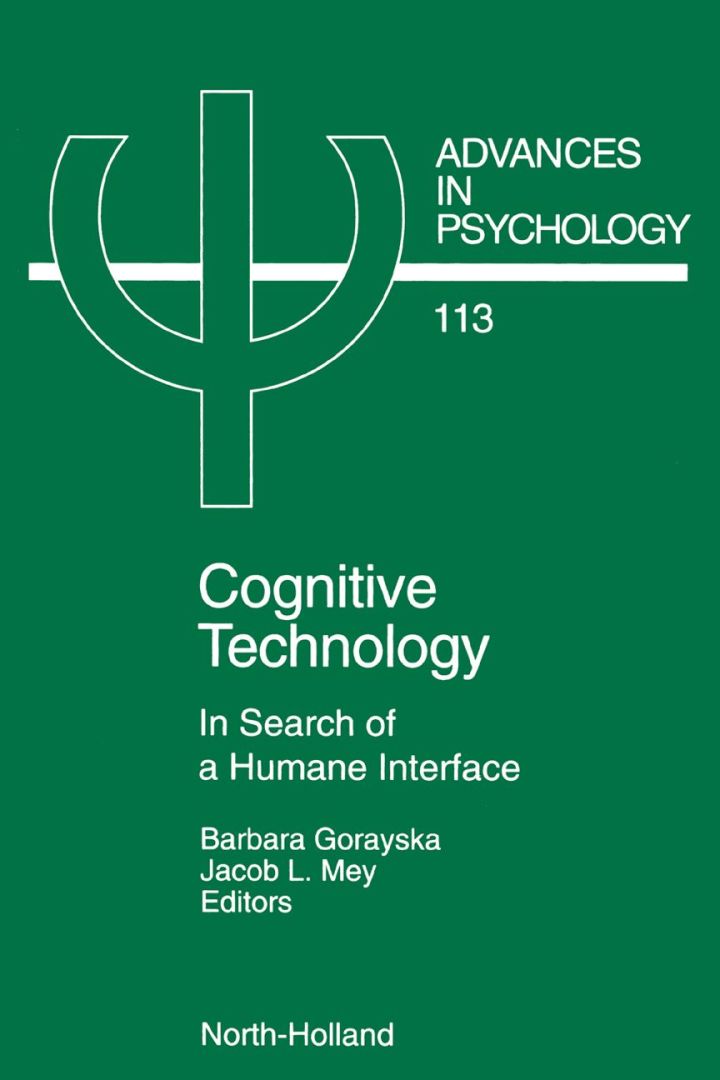