CSCL 2: Carrying Forward the Conversation is a thorough and up-to-date survey of recent developments in Computer Supported Collaborative Learning, one of the fastest growing areas of research in the learning sciences. A follow-up to CSCL: Theory and Practice of an Emerging Paradigm (1996), this volume both documents how the field has grown and fosters a meaningful discussion of how the research program might be advanced in substantive ways. Recognizing the long-standing traditions of CSCL work in Europe and Japan, the editors sought to broaden and expand the conversation both geographically and topically. The 45 participating authors represent a range of disciplinary backgrounds, including anthropology, communication studies, computer science, education, psychology, and philosophy, and offer international perspectives on the field. For each chapter, the goal was not only to show how it connects to past and future work in CSCL, but also how it contributes to the interests of other research communities. Toward this end, the volume features a "conversational structure" consisting of target chapters, invited commentaries, and author responses. The commentaries on each chapter were solicited from a diverse collection of writers, including prominent scholars in anthropology of education, social studies of science, CSCW, argumentation, activity theory, language and social interaction, ecological psychology, and other areas. The volume is divided into three sections: *Part I explores four case studies of technology transfer involving CSILE, one of the most prominent CSCL projects. *Part II focuses on empirical studies of learning in collaborative settings. *Part III describes novel CSCL technologies and the theories underlying their design. Historically, there has been a certain amount of controversy as to what the second "C" in CSCL should represent. The conventional meaning is "collaborative" but there are many C-words that can be seen as relevant. With the publication of this volume, "conversational" might be added to the list and, in this spirit, the book might be viewed as an invitation to join a conversation in progress and to carry it forward. 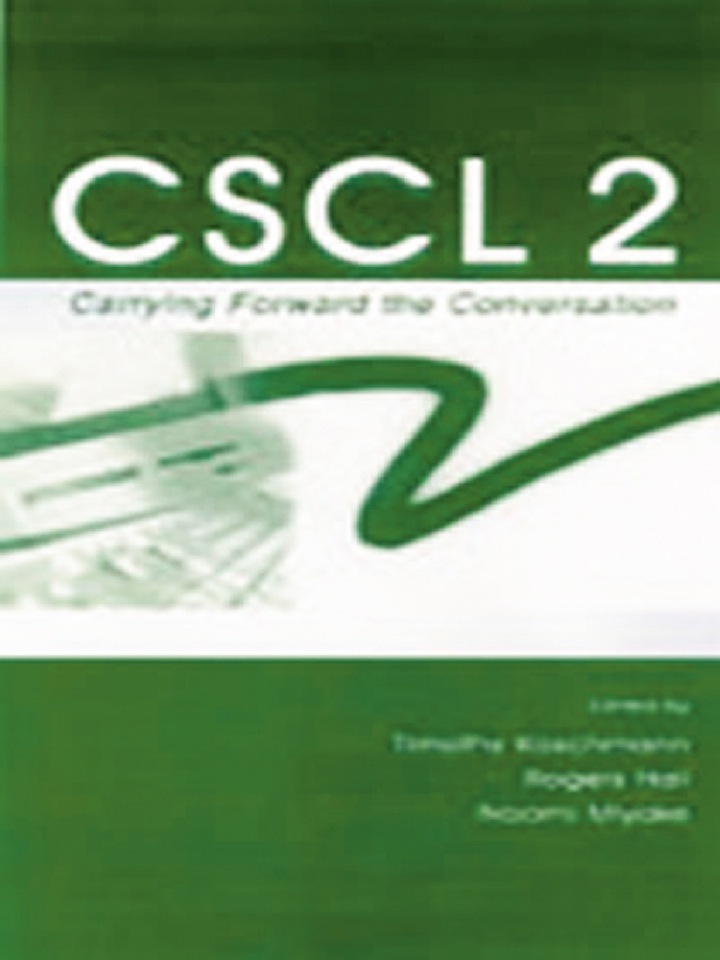