As the first of its kind, this book provides a valuable introduction for scientists and engineers interested in liquid/fluid interfaces and disperse systems to the rapidly developing area of adsorption dynamics. It is the first extensive review available on the subject of dynamics of adsorption and gives a general summary of the current state of adsorption kinetics theory and experiments. Current progress in recently designed set-ups and improved and generalised known methods for studying interfacial relaxations is reviewed. In addition, the role of the electric charge of surfactants in the adsorption process is discussed in terms of a non-equilibrium distribution of adsorbing ions in the diffuse layer.

Present theories of the effect of dynamic adsorption layers on mobile surfaces, such as moving drops and bubbles, based on both diffusion and kinetic controlled adsorption models are described and efficient approximate analytical methods to solve the mathematical problem of coupling surfactant transport and hydrodynamics are introduced. The role of a dynamic adsorption layer in bubble rising, film drainage and film stabilisation and in complex processes such as flotation and microflotation is discussed.

Containing more than 1100 references, the book is essential reading for industrial scientists and graduate and post-graduate students in physical, surface and colloid chemistry, physico-chemical hydrodynamics, water purification and mineral processing. 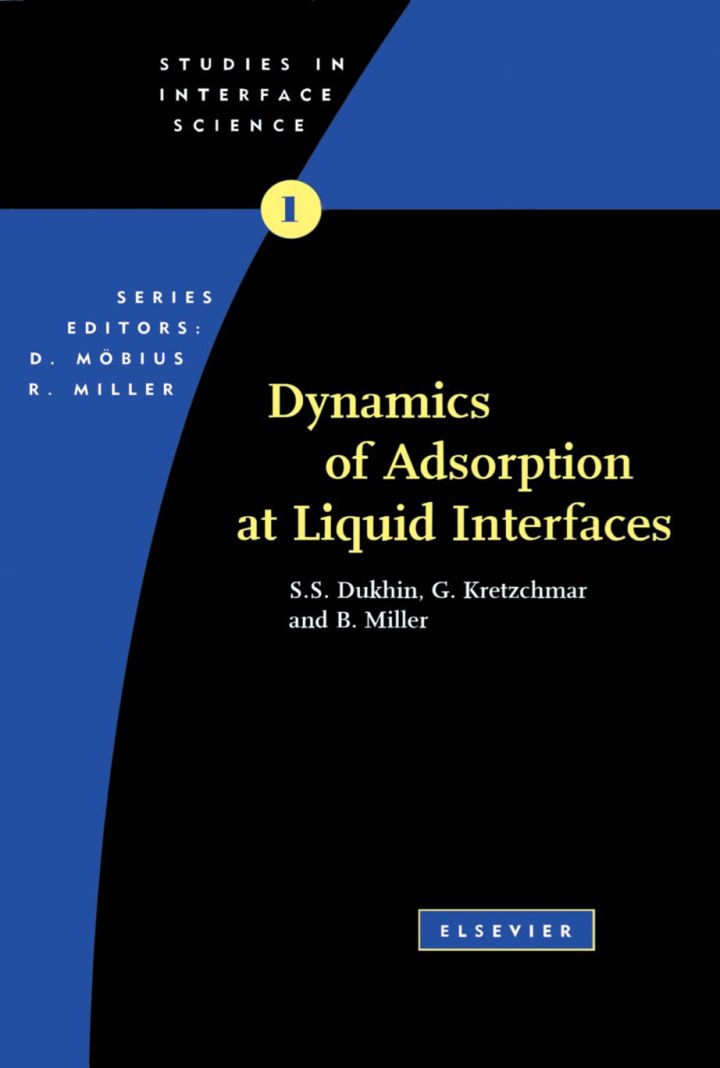