Among the many technological advances of this century that have shrunk our country, few have had as great an impact as aviation. Technologies evolve and national priorities change, but the qualities necessary to design aircraft, fly them in war and peace, and manage airlines remain constant. In this, his second book about pioneers of Canadian aviation, Peter Pigott brings a richness and understanding of the individuals themselves to the reader. Flying Canucks II takes us into Air Canada’s boardroom with Claude I. Taylor, to the Avro Arrow design office with Jim Floyd, inside the incredible career of Aviation Hall of Fame pilot Herb Seagram, on C.D. Howe’s historic dawn-to-dusk flight, and with Len Birchall in a Stranraer seaplane before he became, in Churchill’s phrase, “The Saviour of Ceylon.” It includes the story of how Scottish immigrant J.A. Wilson engineered a chain of airports across the country, how bush pilot Bob Randall explored the polar regions, and the ordeal of Erroll Boyd, the first Canadian to fly the Atlantic. The lives of “Buck” McNair and “Bus” Davey, half a century after the Second World War, are placed in the perspective of the entire national experience in those years. Whenever possible, Mr. Pigott has interviewed the players themselves, and drawing on his experience and contacts within the aviation community, has created a multi-faceted study of the business, politics, and technology that influenced the ten lives explored in depth in this book. C.D. Howe, wartime Canada’s absolute government czar used to say that running the country’s airline was all he really wanted to do. With a rich aviation heritage such as this, Flying Canucks II depicts the elements and the enemy at their worst and the pioneers of Canadian aviation at their best. 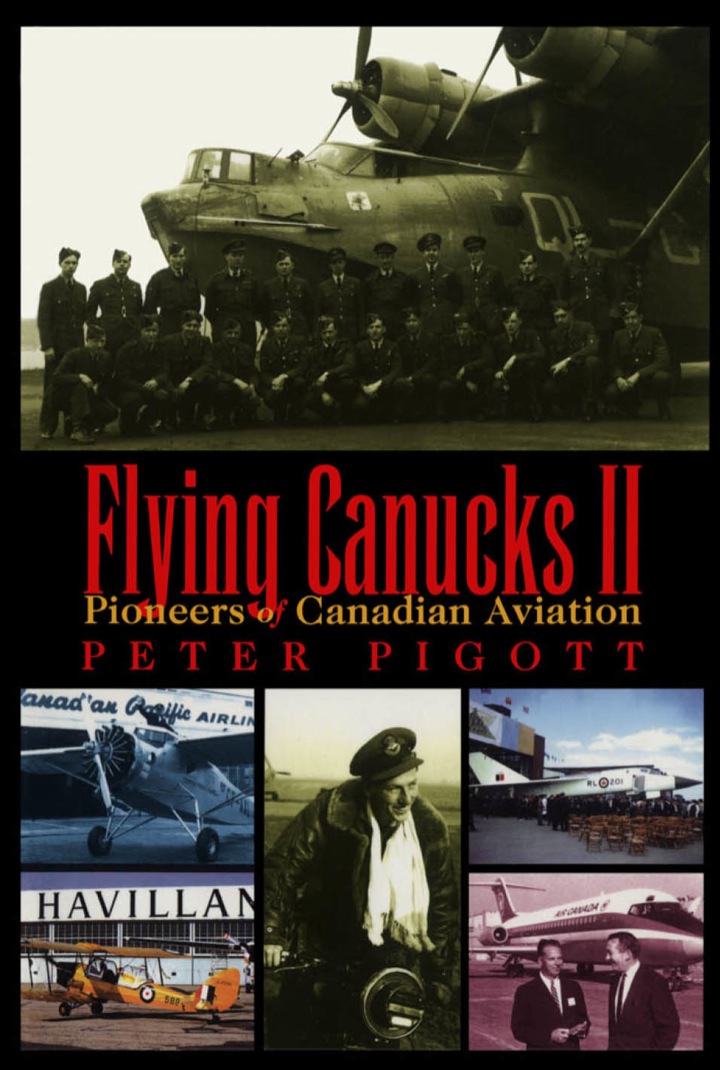