Residual soils are found in many parts of the world. Like other soils, they are used extensively in construction, either to build upon, or as construction material. They are formed when the rate of rock weathering is more rapid than transportation of the weathered particles by e.g., water, gravity and wind, which results in a large share of the soils formed remaining in place. The soils typically retain many of the characteristics of the parent rock. In a tropical region, residual soil layers can be very thick, sometimes extending to hundreds of meters before reaching un-weathered rock. Unlike the more familiar transported sediment soil, the engineering properties and behaviour of tropical residual soils may vary widely from place to place depending upon the rock of origin and the local climate during their formation; and hence are more difficult to predict and model mathematically. Despite their abundance and significance our knowledge and understanding of these soils is not as extensive as that of transported sediment soil. Written by residual soil specialists from various parts of the world, this unique handbook presents data, knowledge and expertise on the subject. It provides insight into the engineering behaviour of tropical residual soils, which will be applicable to small or extensive construction works worldwide on such soils. This book covers almost all aspects of residual soils, from genesis, classification, formation, sampling and testing to behaviour of weakly bonded and unsaturated soil, volume change and shear strength. It features chapters on applications in slopes and foundation, as well as dedicated parts on residual soils in India, Hong Kong and Southeast Asia. A large number of graphs, tables, maps and references throughout the text provide further detail and insight. This volume is intended as a reference guide for practitioners, researchers and advanced students in civil, construction and geological engineering. Unique in its coverage of the subject, it may serve as a standard that benefits every engineer involved in geological, foundation and construction work in tropical residual soils. 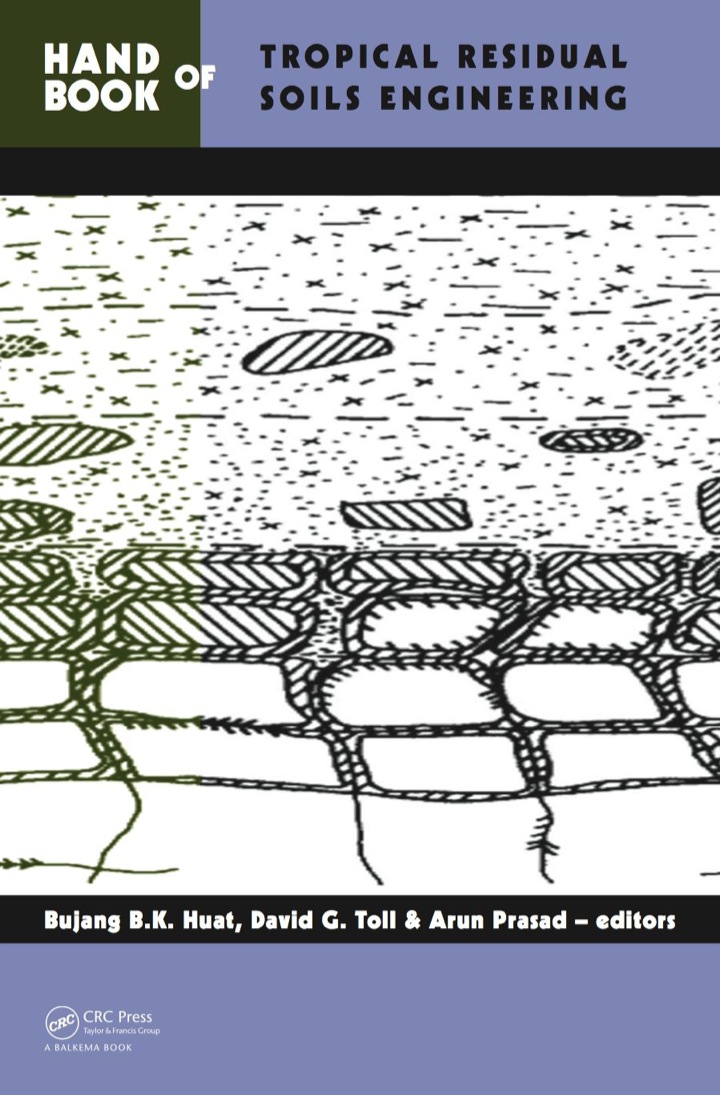