Judicial and political power are inextricably linked in America, but by the time John Roberts and Samuel Alito joined the Supreme Court, that link seemed more important, more significant, and more pervasive than ever before. From war powers to abortion, from tobacco to integration, from the environment to campaign finance, Americans increasingly turn away from the political tools of negotiation, bargaining, and persuasion to embrace what they have come to believe is a more effective, more efficient, and even more just world of formal rules, automated procedures, litigation, and judicial decision-making. Using more than ten controversial policy case studies, Law's Allure: How Law Shapes, Constrains, Saves, and Kills Politics draws a roadmap to help politicians, litigators, judges, policy advocates, and those who study them understand the motives and incentives that encourage efforts to legalize, formalize, and judicialize the political process and American public policy, as well as the risks and rewards these choices can generate. 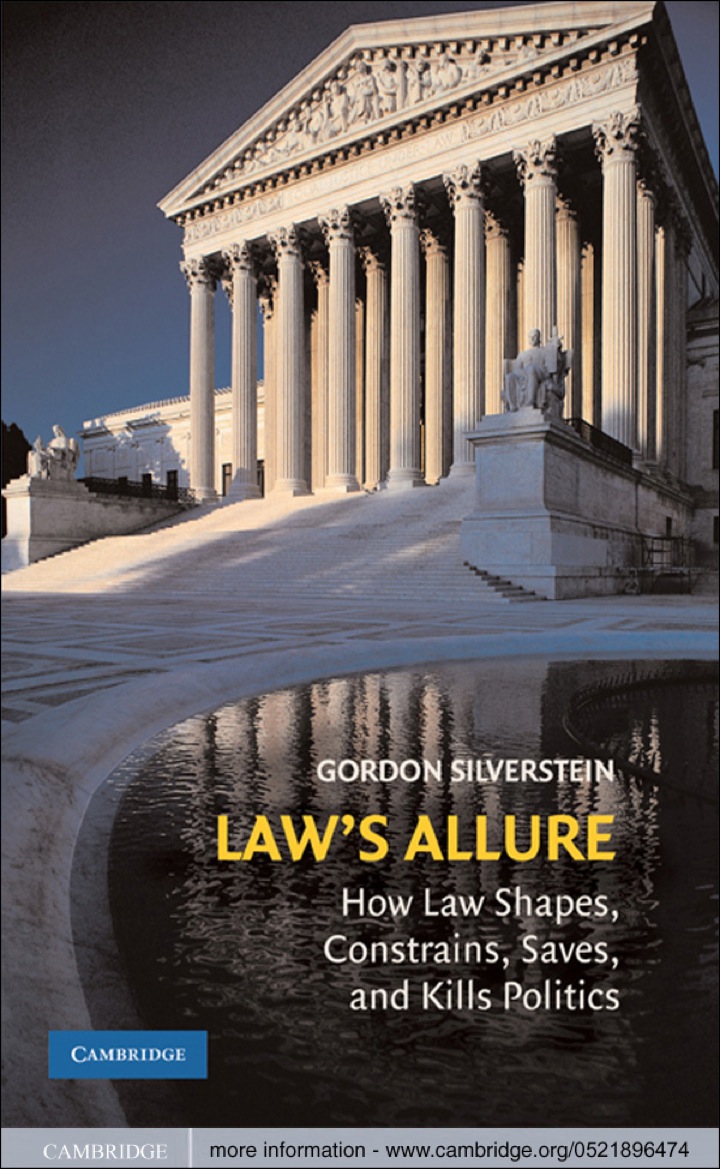