Some years ago, silicon-based mechanical sensors, like pressure sensors, accelerometers and gyroscopes, started their successful advance. Every year, hundreds of millions of these devices are sold, mainly for medical and automotive applications. The airbag sensor on which research already started several decades ago at Stanford University can be found in every new car and has saved already numerous lives. Pressure sensors are also used in modern electronic blood pressure equipment. Many other mechanical sensors, mostly invisible to the public, perform useful functions in countless industrial and consumer products.


The underlying physics and technology of silicon-based mechanical sensors is rather complex and is treated in numerous publications scattered throughout the literature. Therefore, a clear need existed for a handbook that thoroughly and systematically reviews the present basic knowledge on these devices.

After a short introduction, Professor Bao discusses the main issues relevant to silicon-based mechanical sensors. First a thorough treatment of stress and strain in diaphragms and beams is presented. Next, vibration of mechanical structures is illuminated, followed by a chapter on air damping. These basic chapters are then succeeded by chapters in which capacitive and piezoresistive sensing techniques are amply discussed. The book concludes with chapters on commercially available pressure sensors, accelerometers and resonant sensors in which the above principles are applied.


Everybody, involved in designing silicon-based mechanical sensors, will find a wealth of useful information in the book, assisting the designer in obtaining highly optimized devices. 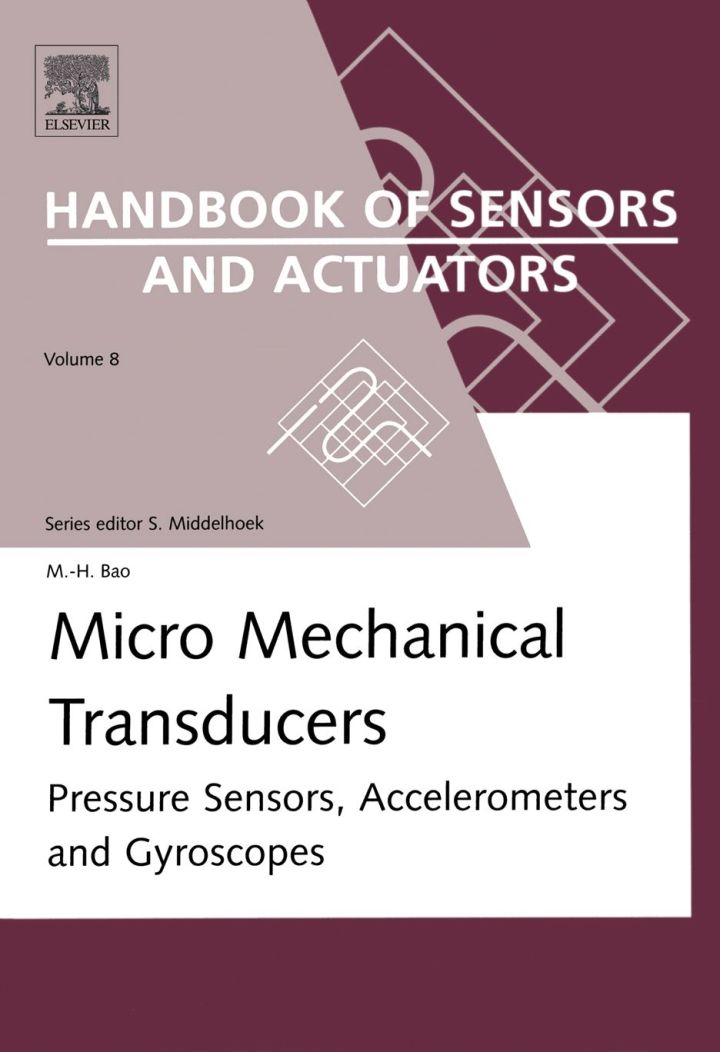