My Wisdom That No One Wants

My Wisdom That No One Wants

On any given day, “Wisdom Collectors,” which can include scholars, poets and general enthusiasts, are lined up awaiting the next nuggets of wisdom. Each word of wisdom builds on previous words of wisdom whether spoken or written by such individuals as Abigail Adams, Abraham Lincoln, Andy Rooney, Angela Lansbury, Ann Richards, Aristotle or Audrey Hepburn. These are just a few of the A’s. The B’s through Z’s are just as impressive. Nancy Hopkins Reily has now dealt with these words of wisdom, sometimes in rhyme, metered, and narrative verse, and presented them in a musical beat that not everyone will recognize—all done with an uncanny imagination that cuts through to the core of every issue and includes the youth and adults. Wisdom Collectors also delve into the living of life such as traveling, cooking, photographing, retiring and preparing for emergencies. “These selective nuggets,” Nancy says, “are welcome to all members and non-members of the Wisdom Collectors whose current membership, by the way, is one person—me.” Nancy’s wisdom began when she was a young native Dallas, Texan and learned that it was okay to say, “I don’t know.” Graduated from Southern Methodist University, she claimed that she wasn’t very sexy if her high heel shoes hurt her feet. As a beginning homemaker, there was nothing like the sound of scraping burnt toast. In raising two children, Nancy realized that each age came in the right sequence. And just as she finished her work as a mother, she became a grandmother. One grandson taught her that Louisiana doesn’t drain very well. When she began her writing career, she declared that fifty percent of writing is just showing up to write and to surround yourself with talented people. Nancy says that the best advice she has been given is, “Drink very little liquid, if any, after six pm.” And, upon reflection she wonders, “Do I want to be a pioneer woman and be among the first women to stop cooking?” NANCY HOPKINS REILY is also the author of “Classic Outdoor Color Portraits, A Guide for Photographers;” “Georgia O’Keeffe, A Private Friendship, Part I, Walking the Sun Prairie Land;” “Georgia O’Keeffe, A Private Friendship, Part II, Walking the Abiquiu and Ghost Ranch Land;” and “Joseph Imhof, Artist of the Pueblos” with Lucille Enix, all from Sunstone Press. 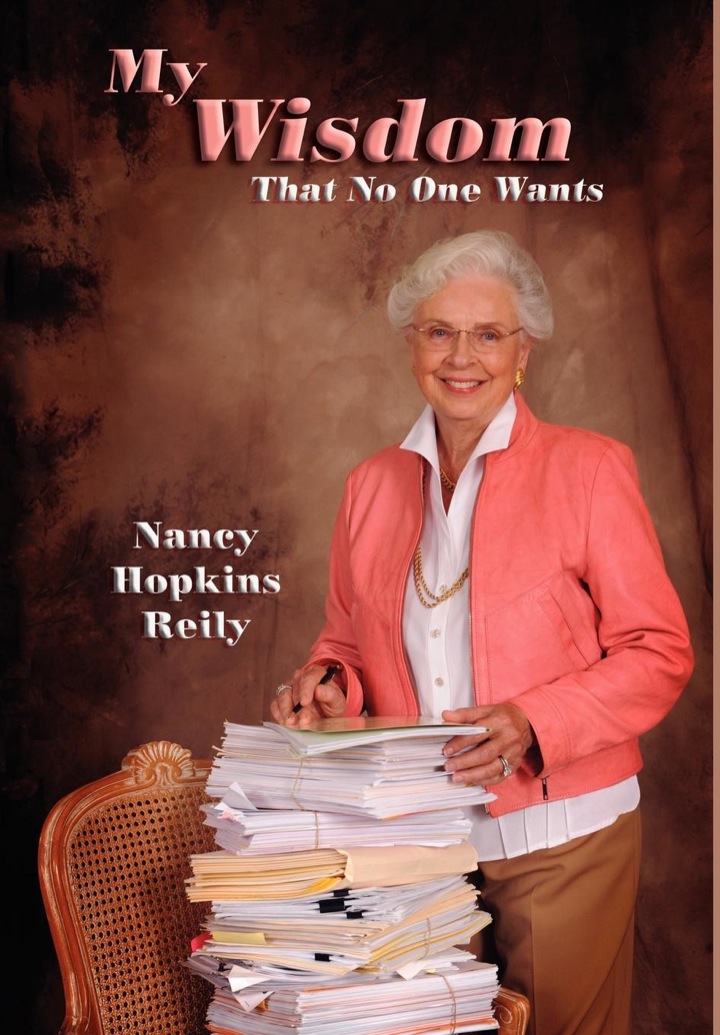