Not the Future We Ordered

Not the Future We Ordered

For well over half a century, since the first credible warnings of petroleum depletion were raised in the 1950s, contemporary industrial civilization has been caught in a remarkable paradox: a culture more focused on problem solving than any other has repeatedly failed to deal with, or even consider, the problem most likely to bring its own history to a full stop. The coming of peak oil-the peaking and irreversible decline of world petroleum production-poses an existential threat to societies in which every sector of the economy depends on petroleum-based transport, and no known energy source can scale up extensively or quickly enough to replace dwindling oil supplies. Resolute action on personal, local, national, and global levels over the decades just passed might have staved off a future of economic contraction, political turmoil, and immense human suffering. Instead, governments and populations of all the world's industrial nations collectively closed their eyes to the impending crisis.Not The Future We Ordered is the first study of the psychological dimensions of that decision and its consequences, as a case study in the social psychology of collective failure, and as an issue with which psychologists and therapists will be confronted repeatedly in the years ahead. At the core of the modern world's inability to come to grips with the challenge of peak oil are a set of beliefs that amount to a civil religion of progress, in which the concept of progress is credited with the invincibility and beneficence other religions assign to their gods. This civil religion of progress lends legitimacy to policies that subordinate all other values to economic growth, place blind faith in untested technologies, and rule out serious consideration of the long-term downsides of today's trends.The religious faith in progress that makes such policies seem sensible, and provides justification for the marginalization of alternative views, has become one of the core factors driving contemporary societies headlong toward a wrenching confrontation with the hard limits of a finite planet. As the gap widens between today's expectations of perpetual progress and tomorrow's experiences, peak oil will become a significant mental health issue across the currently industrialized world. When "the future we ordered" fails to show up on schedule, cognitive dissonance and other psychological impacts common in times of severe cultural dislocation will likely show up as well, driving counterproductive responses on the personal and collective scales. Understanding the psychology that backed industrial civilization into a corner called "peak oil" is a crucial step in dealing with these consequences, and to this, Not The Future We Ordered offers a clear and readable guide 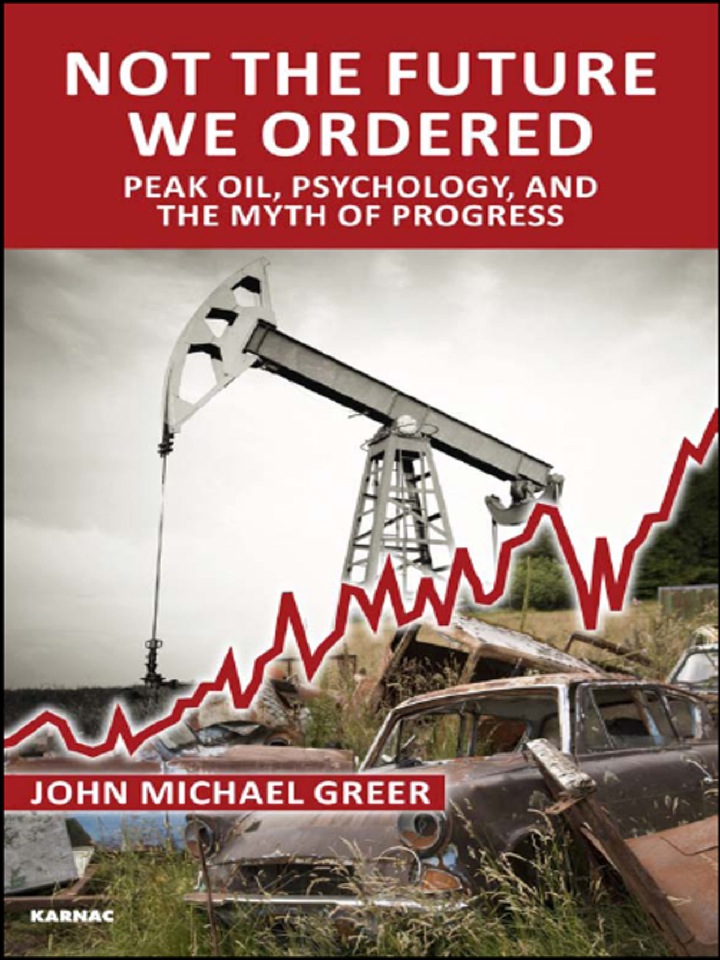