Organic Chemistry in Action: The Design of Organic Synthesis

Organic Chemistry in Action: The Design of Organic Synthesis

The first edition of this book was welcomed with great enthusiasm by teachers and students. It therefore seemed opportune to publish a second, revised, updated and extended edition. Unfortunately, Professor Fèlix Serratosa died before he could complete this task.

Some new material has been added, the more significant changes being:

1) The book has been restructured into two well-differentiated sections: Part A, dealing with conventional organic synthesis, and Part B, devoted exclusively to computer-assisted organic synthesis and based on the former Chapter 11 and Appendices 2, 3 and 4 of the first edition. As decided in advance, Part B was to be the sole responsibility of Dr. Josep Xicart, who prepared the first versions of the CHAOS (Computerisation and Heuristics Applied to Organic Synthesis) program under the direction of Professor Serratosa.

2) In Chapter 1, emphasis is placed on new objectives and targets, as well as on the role that organic synthesis should play in the future in new areas of supramolecular chemistry and bioorganic chemistry.

3) A more extended discussion on synthetic methods and strategies based on radical carbon-carbon bond-forming reactions has been included (Chapter 7).

4) Some new examples to illustrate the heuristic principles have been incorporated (Chapter 4).

5) The chapter on alicyclic stereoselection has been split into two chapters (9 and 10). Chapter 10, which is exclusively devoted to Sharpless's asymmetric epoxidation and dihyroxylation, has been written de novo. The most recent advances in catalytic stereoselective aldol are incorporated in Chapter 9.

6) In Chapter 11, which is new, the aim is to firstly, present a panoramic view of the most important methods for preparation of optically pure compounds in industrial scale (chirotechnology) and secondly, to give a brief insight into the new biological synthetic methodologies, such as the use of enzymes and catalytic monoclonal antibodies or abzymes, which are becoming more and more important and familiar to the synthetic organic chemist.

7) The chapter dealing with examples of retrosynthetic analysis and the corresponding total synthesis has been enlarged and includes new syntheses of natural products (Chapter 13).

8) The former Chapter 11 and Appendices 2, 3 and 4 devoted to computer assisted organic synthesis have been rewritten and constitute now Part B of the book. The following changes have been introduced: i) CHAOS version 3.0 for Macintosh and version 1.0 for PC Windows® substitute CHAOS version 2.0 for IBM PC and compatibles, ii) The corresponding Instruction Manuals and Disconnection Tables of these new versions are included, iii) two 3½ inch diskettes with the new versions of CHAOS and CHAOSDBASE replace the diskette of version 2.0, iv) a new Appendix (Appendix B-1) with a brief introduction to Ugi's Theory of Constitutional Chemistry and to the programs EROS and IGOR has also been added.

9) The main improvements in CHAOS version 3.0 for Macintosh are: i) The unique numbering or canonical matrices, ii) new disconnections, which are more selective, iii) besides RINGS and SYNTHETICALLY SIGNIFICANT RINGS, the new version gives, if required, the PRIMARY RINGS. Other new options are SELECT and RESIZE in the menu EDIT, by which one can select part of a synthetic sequence or resize the molecule drawing, iv) the possibility to introduce new disconnections from inside the program CHAOS itself and work (if desired) with one's own chemistry, through CHAOSBASE. The aim of this program is to create DATABASES of new DISCONNECTIONS. Such DATABASES can be opened from the program CHAOS in such a manner that it allows to disconnect molecules according to the DISCONNECTIONS defined in the DATABASE (instead of disconnecting according to predefined ones implemented in CHAOS).

10) Mistakes and errors detected in the first edition have been corrected. 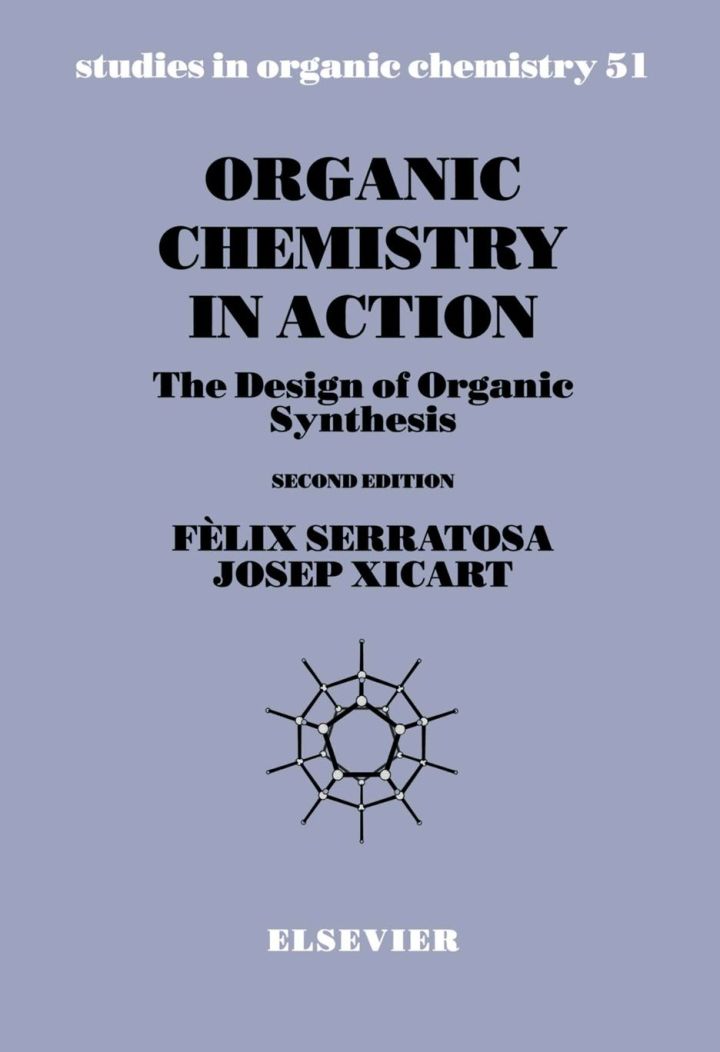