This volume reflects the changes that have taken place in the pharmaceutical industry over the last ten years, most notably the increased importance attached to the question of chirality, the growing influence of biotechnology and the need for more rigorous documentation and validation of analytical methods and procedures.

The first part of this book deals with the application of new technology to pharmaceutical and biomedical analysis, reflecting the present needs for increased speed, sensitivity and selectivity in the analysis of drugs. The second chapter provides an overview of capillary electophoresis, which represents one of the most inportant analytical developments to impact directly on pharmaceutical development in recent years. Although not a chromatographic technique, capillary electrophoresis was considered too important to be ignored.

Over the last 25 years, liquid chromatography has grown into a mature analytical technique and many of the fundamental issues concerned with retention and separation are well defined. The practitioners of modern liquid chromatography spend as much time in the development of techniques for sampling handling and automation as they do in the development of the separation. Therefore, Part Two of this book describes some of the recent advances in the areas of sample handling and the isolation of compounds from biological samples, including solid phase extraction, restricted access media for direct injection, coupled column technology and microdialysis. Similarily, Part Three contains two chapters concerned with liquid chromatographic methods for the isolation of drug substances, peptides and proteins from other complex media.

The pharmaceutical industry and the process of drug development are highly regulated and the increasing importance that the regulatory authorities attach to validation has had a significant impact on the analytical techniques used for the analysis of drugs. Although this has increased the workload of analysts in the pharmaceutical industry, it has also improved the quality of analytical methods used in the support of investigational and new drug applications as well as the quality of methods published more recently in the literature. Consequently, Part Four of this volume describes approaches to the optimization and validation of liquid chromatography methods for the analysis of drugs in the bulk form, in pharmaceutical formulations and biological fluids. 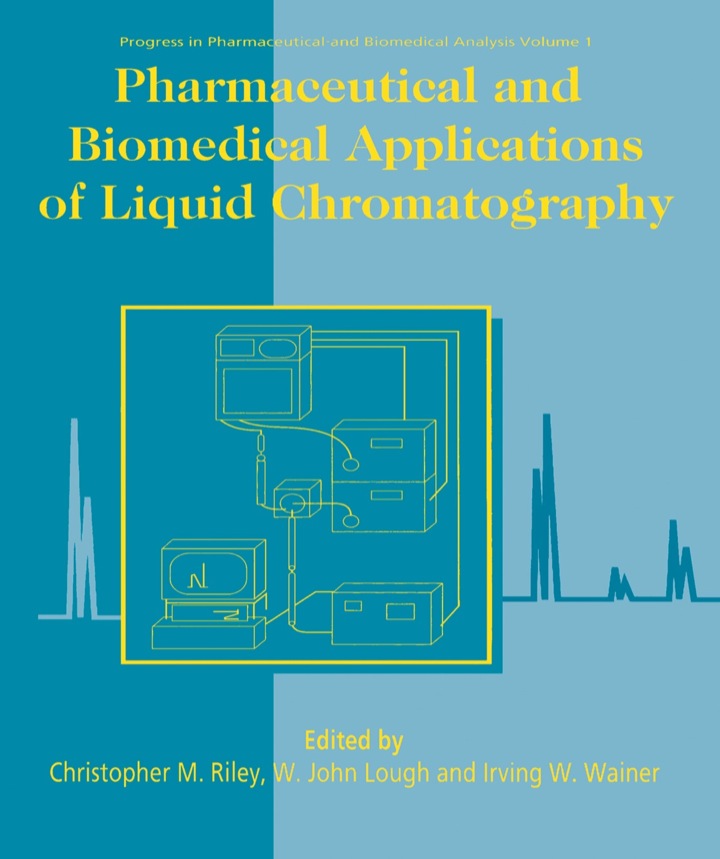