This monograph summarizes major achievements in laser dynamics over the past three decades. The book begins with two introductory Chapters. Chapter 1 offers general considerations on quantum oscillators, formulates the requirements for the laser key elements and shows how these requirements are met in different laser systems. The second Chapter proposes the mathematical models used in semiclassical laser theory, discusses the approximations and simplifications in particular cases, and specifies the range of applicability of these models. In Chapters 3-5 attention is given primarily to the steady states and their stability, the laser behavior in the instability domain, the characteristics of regular and chaotic pulsations and the nature of their mechanisms.

Chapter 6 deals with the processes in a laser, accompanying the time variance of laser parameters. Considerable attention is given to a laser response to weak, low-frequency modulation of the parameters. The problems addressed therein are resonant modulation enhancement, transition to the nonlinear regime, chaotic response to periodic impact, spike-like generation due to variation of the cavity geometry and a laser rod temperature drift.

Laser behavior is subject to qualitative changes if its optical elements exhibit nonlinear properties. The action of a saturable absorber, which leads to a loss of laser stability and provides passive Q-modulation, is investigated. To a much lesser degree the researchers' attention has been attracted by other nonlinear effects such as self-focusing, e.g., which may have a strong influence on laser dynamics. All of these issues are covered in Chapter 7.

The book is intended for researchers, engineers, graduate and post-graduate students majoring in quantum electronics. 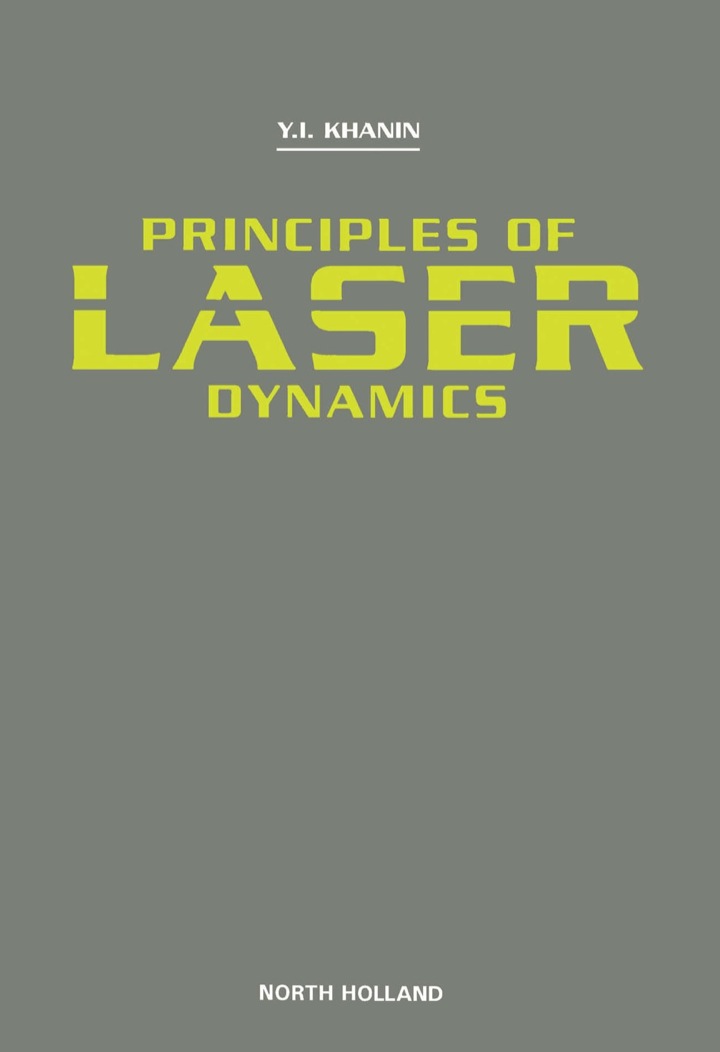