Until recently, the element carbon was believed to exhibit only two main allotropic forms, diamond and graphite. Research in the US and Europe has now confirmed the existence of a third previously unknown form - buckminsterfullerene () and its relatives, the fullerenes ().

The story of fullerene chemistry, physics and materials science began in 1985, almost twenty years after the existence of a spherical carbon cluster was first considered. In September 1985 a joint Sussex/Rice Universities team including Kroto, Heath, O'Brien, Curl and Smalley used a powerful mass spectrometric technique to identify the C+ species, and proposed a spherical structure and the name buckminsterfullerene. It was not, however, until Krätschmer and Huffman reported the isolation of crystals of C in 1990 that the closed cage structure of C could be confirmed.

The Fullerenes documents the work leading up to 1990 and more recent developments in the field of fullerene research and will serve as an indispensible reference tool for all workers in this area. 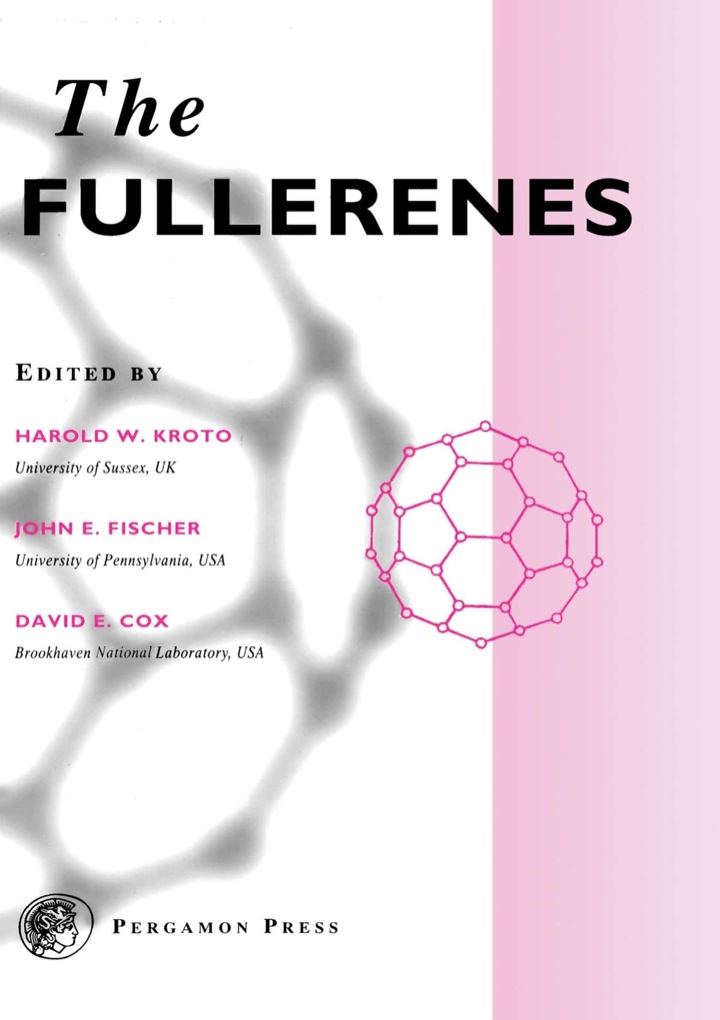