Neil Bronson, new from the Royal Academy, summers in Provence, teaching himself to paint outside. Before returning home, he and his friends, Sam and Carrie, rent a cottage on the coast, playing a langorous triangle of seaside sexual attraction. Neil’s uncle interrupts the idyll, urgently seeking their help teaching at his art school in Santa Fe. A month later, Bronson and Sam move into Casa Marriner and meet the faculty members, several jealous and difficult. Bronson teaches plein air classes, often at the Galisteo escarpment. At first, the students are confrontational and awkward, but they soon grasp his enthusiasm with the New Mexico landscape. While they learn new skills, he refines his, taking the escarpment as a major motif. Crisis at the school involves Bronson in a curious project and a trip abroad to Greece. Besides discovering himself in Santa Fe, he explores the world of sex and love with one of his students, Salazar. New York must wait. DOUGLAS ATWILL’s early days were in Pasadena, California and Midland, Texas. He served in the US Army Counterintelligence Corps and earned a BA from University of Texas at Austin. After some years in Virginia and Europe, he settled in Santa Fe to pursue painting full-time. From a studio on Canyon Road, he paints landscapes and paintings of his own garden. His work is shown in galleries throughout the nation. Atwill’s avocation of house design, small vernacular residences in classic Santa Fe style, many of which have been featured in books and magazines, has brought him a reputation for excellence. His collection of short stories, “Why I Won’t Be Going to Lunch Anymore,” was published in 2004 by Sunstone Press. This is his first novel. 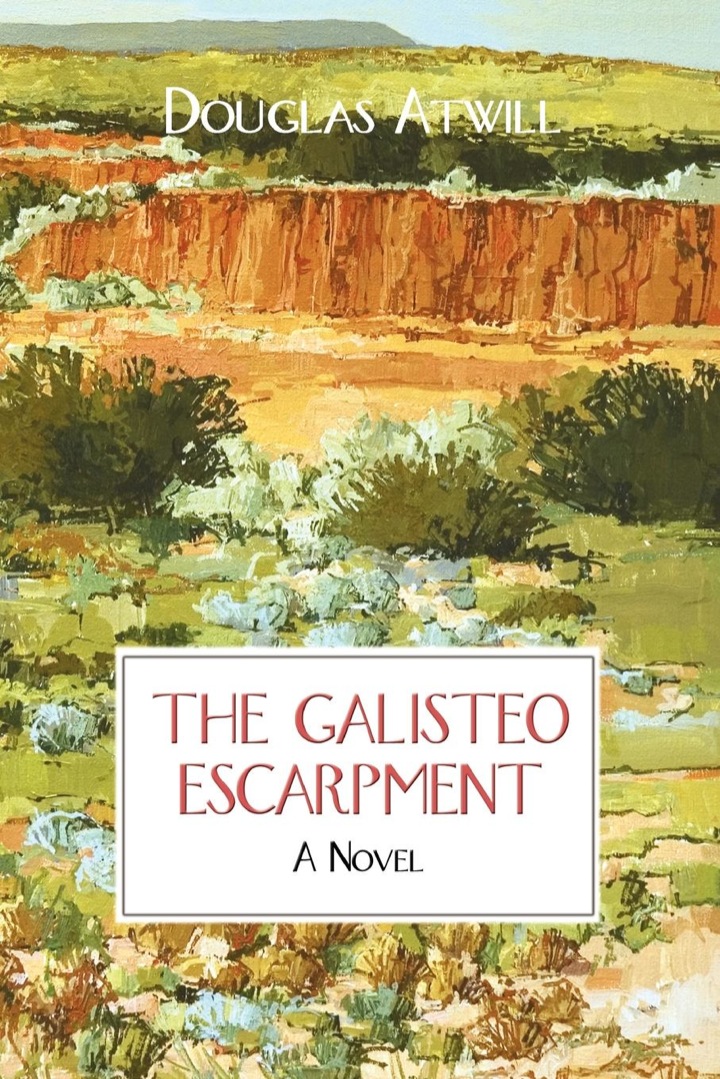