With the publication of the present volume, the Handbook of the History of Logic turns its attention to the rise of modern logic. The period covered is 1685-1900, with this volume carving out the territory from Leibniz to Frege. What is striking about this period is the earliness and persistence of what could be called 'the mathematical turn in logic'. Virtually every working logician is aware that, after a centuries-long run, the logic that originated in antiquity came to be displaced by a new approach with a dominantly mathematical character. It is, however, a substantial error to suppose that the mathematization of logic was, in all essentials, Frege's accomplishment or, if not his alone, a development ensuing from the second half of the nineteenth century. The mathematical turn in logic, although given considerable torque by events of the nineteenth century, can with assurance be dated from the final quarter of the seventeenth century in the impressively prescient work of Leibniz. It is true that, in the three hundred year run-up to the Begriffsschrift, one does not see a smoothly continuous evolution of the mathematical turn, but the idea that logic is mathematics, albeit perhaps only the most general part of mathematics, is one that attracted some degree of support throughout the entire period in question. Still, as Alfred North Whitehead once noted, the relationship between mathematics and symbolic logic has been an "uneasy" one, as is the present-day association of mathematics with computing. Some of this unease has a philosophical texture. For example, those who equate mathematics and logic sometimes disagree about the directionality of the purported identity. Frege and Russell made themselves famous by insisting (though for different reasons) that logic was the senior partner. Indeed logicism is the view that mathematics can be re-expressed without relevant loss in a suitably framed symbolic logic. But for a number of thinkers who took an algebraic approach to logic, the dependency relation was reversed, with mathematics in some form emerging as the senior partner. This was the precursor of the modern view that, in its four main precincts (set theory, proof theory, model theory and recursion theory), logic is indeed a branch of pure mathematics. It would be a mistake to leave the impression that the mathematization of logic (or the logicization of mathematics) was the sole concern of the history of logic between 1665 and 1900. There are, in this long interval, aspects of the modern unfolding of logic that bear no stamp of the imperial designs of mathematicians, as the chapters on Kant and Hegcl make clear. Of the two, Hcgel's influence on logic is arguably the greater, serving as a spur to the unfolding of an idealist tradition in logic - a development that will be covered in a further volume, British Logic in the Nineteenth Century. 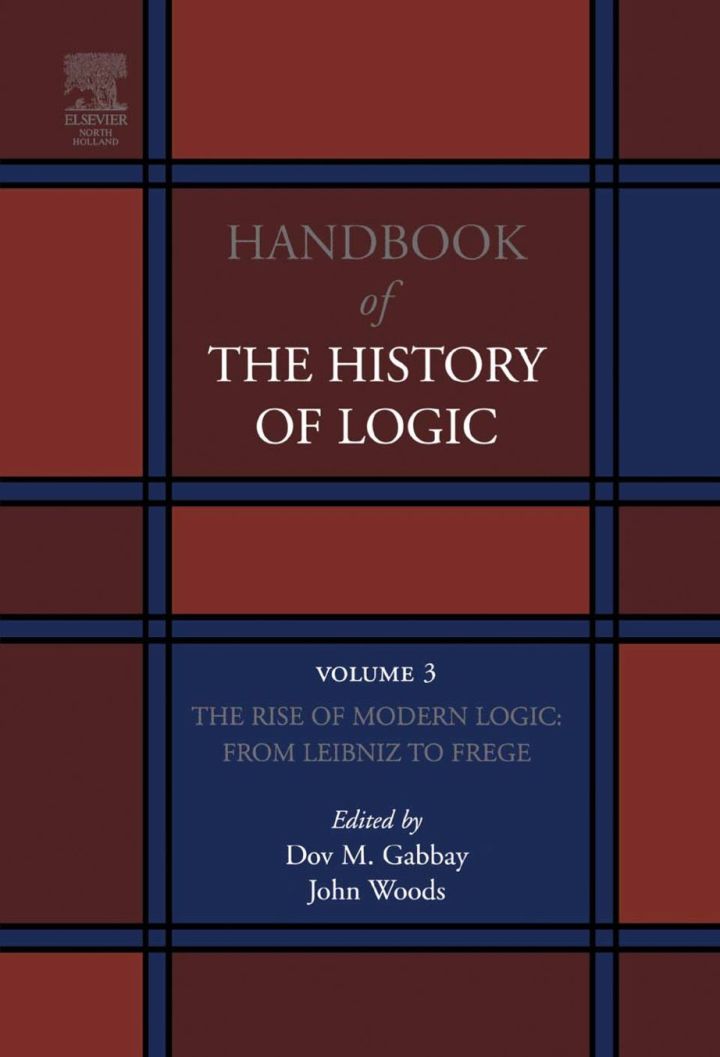