The State, Development and Identity in Multi-Ethnic Societies

The State, Development and Identity in Multi-Ethnic Societies

The controversial work of Amy Chua argues that, as rapid modernization, industrialization, technological change and globalization bring about fundamental changes in national, ethnic and class identities, especially in developing countries, there is a danger that the laissez-faire capitalist system will cause serious racial conflagration, especially in societies where there is ethnic minority market dominance, combined with ethno-nationalist-type politicians who mobilize support from ethnic majority communities by drawing attention to inequalities in wealth distribution. This controversial work goes on to argue for an authoritarian political system, with curbs against the corporate expansion of enterprises owned by ethnic minorities, until parity in equity ownership among all communities is achieved. This book tests the assumptions behind these arguments, discussing ethnic communities, identity, economy, society and state, and the links between them, in a range of countries in East Asia, Southeast Asia, and the Pacific, and diaspora communities of Asian peoples in the West. It demonstrates that identity transformation occurs as generations of minority communities succeed each other, that old discourses of fixed origins which are assumed to bind ethnic communities into cohesive wholes do not apply, that there are very extensive inter-linkages in the daily activities of people of different ethnic and religious backgrounds, that affirmative action-type policies along racial lines can undermine overall societal cohesion, and that there is no case for limiting democracy until economic equity is achieved. This is a rich, important book, with huge implications for economic development and for states throughout the world as multi-ethnic societies world-wide become more extensive and more complicated. 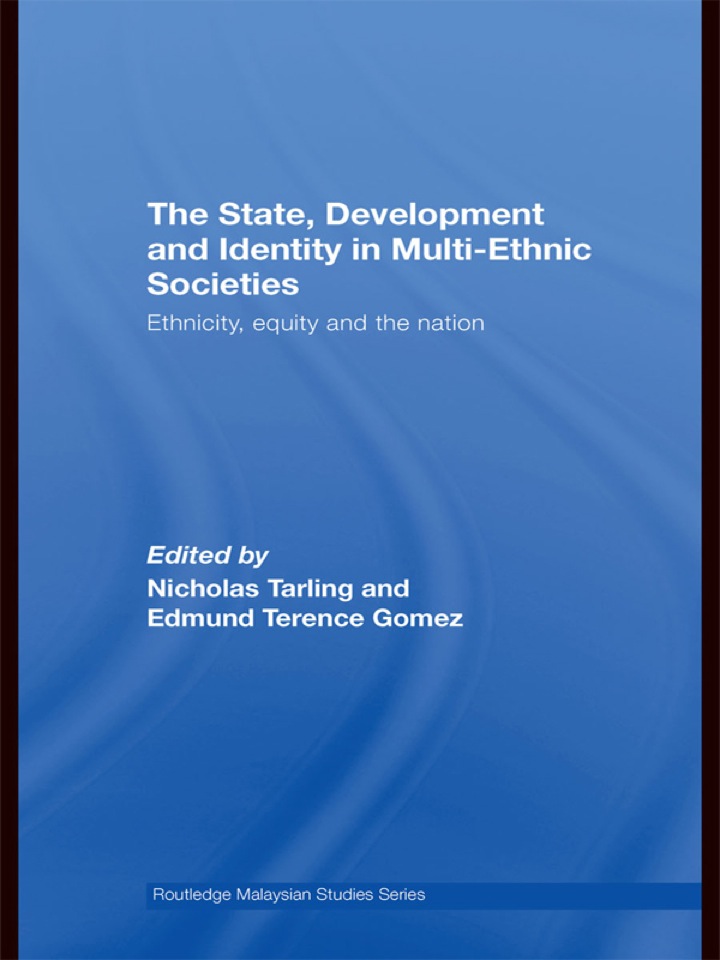 Ethnicity, Equity and the Nation