What Is Discrete Mathematics?

Discrete mathematics is an abstract, formalized way of understanding real-world objects and phenomena. Discrete math studies things that we describe as distinct (discrete) units, rather than smoothly-varying (continuous) quantities.

This article will help you understand what discrete math is all about and why it's important.

What Does Discrete Mathematics Include?

Discrete mathematics is about distinct, countable entities. It encompasses many topics, including some you might not suspect. The most important and widely-studied topics are:

Other topics in discrete math include:

You need to use it, for example to choose the best algorithm to solve a complex problem.
You need it to understand another subject, such as social network analysis.
It is required for your course of study.

Axioms—statements we define (or assume) to be true. For example, in geometry, "A point has no length or width" is an axiom.

Logical operators—mathematical operations corresponding to logical ideas such as "and", "or", and "not".

Rules of inference—rules about correctly determining the truth of a proposition, based on the truth or falsehood of other propositions.

This rule might seem too obvious to mention. However, simple rules like this are the building blocks for complex proofs.

Theorems—propositions that are proven: that is, the theorem has a proof, and the proof is error-free.

Proofs—formal systems based on axioms, logical operators, and rules of inference, demonstrating the truth of a proposition.

Mathematical logic forms the foundation of all other branches of math.

Mathematical logic, although abstract, is fundamental to real-world pursuits such as formal verification (demonstrating that software performs correctly), artificial intelligence, and biotechnology.

A set is a well-defined collection of members (or elements).

My coffee mugs
All integers
All livings species of bear

Set theory is based on the following concepts:

Venn diagrams provide a helpful visual representation of sets and their relationships. The following Venn diagram shows two sets, A and B. 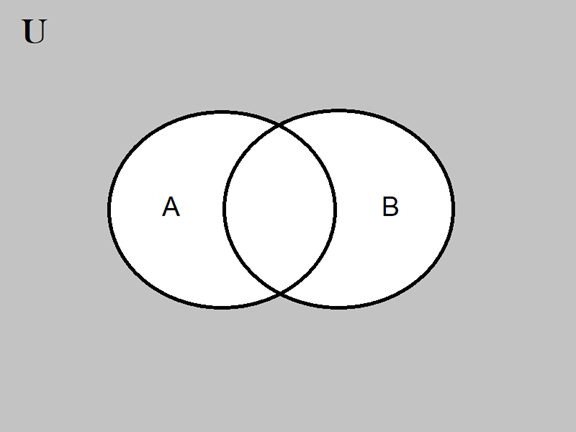 An algorithm is a sequence of actions, to be taken in a prescribed order, to achieve a specified result. Here are some everyday examples of algorithms:

A recipe for a cake
Instructions to assemble a bookcase
A method to compute a square root
A data structure is a scheme for organizing data so that it can be readily accessed and manipulated by an algorithm.

Algorithms and data structures form the foundation of most branches of computer science, including artificial intelligence, as well as many branches of biotechnology.

A relation is a set of data records that match a specified set of rules. Each record contains a collection of information, depending on what the relation is used for.

Relations and relational algebra are fundamental to biotechnology and artificial intelligence, and to the design and implementation of relational databases and query languages such as SQL.

Some simple examples of graphs:

Numerical analysis attempts to bridge the gap between continuous and discrete mathematics. While real numbers represent many important real-world concepts, computers can only accurately represent integers.

Floating point numbers are a crucial tool to bridge this gap, approximating real numbers as nearly as practical. However, every floating point system has an inherent limit of accuracy, called ε (epsilon). ε is a way of characterizing typical round-off error.

Numerical analysis is a foundation of image processing, artificial intelligence, biotechnology, and of real-world modeling for engineering, science, medicine and business.