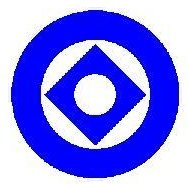 1. The sun, moon, and stars
a. Change their relative position over time.
b. Appear to move each day because the celestial sphere rotates about Earth
c. Rise north or south of West and sets North or South of East depending on their location on the celestial sphere.
d. Always remain in the same position relative to each other.


2. Which stars we see at night depends on (select all that apply)
a. our location on earth.
b. Earth’s location in its orbit.
c. The time of the observation.
d. The motion of stars relative to one another over the course of a year.


4. Where on earth can you stand and, over the course of the year, see the entire sky?
a. Only at the North Pole.
b. At the equator.
c. At either polls.
d. Anywhere.

a. Would be much more extreme
b. would be much less extreme
c. would be pretty much the same
d. Would occur much differently every year, depending on the alignment.

7. T/F: the celestial sphere is not an actual object in the sky.


9. T/F: from the North Pole, All-Stars in the night sky are circumpolar stars.


10. The tilt of the earth’s axis causes the seasons because ___________.
a. One hemisphere of the earth is closest to the sun in the summer.
b. The days are longer summer.
c. Though rays of light strikes the ground more directly in summer.
d. Both a and b
e. Both b and c.


11. What do we call the groups of constellations through which the sun appears to move over the course of a year?
a. The celestial equator
b. The ecliptic.
c. The line of nodes
d. the zodiac
Answer:


14. in the tropics
a. The sun is directly overhead twice per year.
b. The sun’s rays strikes earth exactly perpendicular at some times of the year
c. The seasons very blessed than elsewhere on earth.
d. All the above