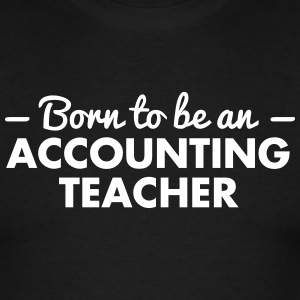 Introduction
In one of the most egregious instances of wrongdoing in Japanese corporate history, Toshiba Corporation (hereafter, Toshiba, or the Company) was accused in February 2015 by Japan’s Securities and Exchange Surveillance Commission (SESC) of overstating operating profit by ¥151.8 billion ($1.22 billion). Realizing the seriousness of the issue, Toshiba set up an in-house investigation committee (hereafter, the Committee) which issued its 334-page report (hereafter, the Report) on July 20, 2015. The Committee’s investigations led to the uncovering of a wide range of accounting improprieties conducted since at least 2008. This case describes the events that transpired and the accounting practices that were followed in Toshiba’s Personal Computers (PC) business from 2008 to 2014. The profit adjustment to Toshiba’s PC business was ¥59.2 billion, 39% of the total misstatement. The Report indicated that no adjustments were needed to the sales reported by Toshiba, but profits were overstated in most of the years.

b. For the PCs that are manufactured by its subsidiary TIH, is it appropriate for Toshiba to record the masking difference as a reduction in the cost of goods manufactured? Why?

Requirement 2
a. Refer to the table of masking differences in the ‘Practice of Channel Stuffing’ section of the case. For each fiscal year from 2008 to 2014, compute the income misstatement and specify whether the reported income is overstated or understated. For simplicity, assume that there were no masking differences at the beginning of FY 2008. Present your answer in the following table:

a. Does the use of masking prices violate GAAPs? Why?

In my opinion, the use of masking prices does not violate GAAPs. However, the way Toshiba used price masking strategy (or its intent in doing so) was in direct violation of GAAPs.

Generally accepted accounting principles were derived from business practices (particularly, best business practices). It can be thought that GAAPs were ‘codified’ or ‘formalized’ to provide guidance on accounting for business transactions; thus, GAAPs were based on what are already existing practices or customary business traditions. That is why it was pointed out in the Case Study that using masking prices to ‘protect’ critical information from being known by third parties (or key players, especially competitors within the supply chain) is acceptable; price masking is considered part of the trade. To reiterate, price masking, in my opinion, is not an issue....