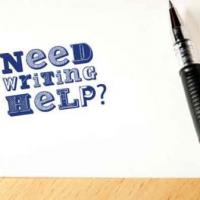 According to the DSM-5 Manual, pedophilic disorders are not clearly linked to criminal behavior or defined as a psychiatric condition all together. The manual does specify that to be diagnosed with such a disorder, one does not have to act upon their urges, but simply just possessing these urges presents evidence of a disorder. However, urges alone are not enough to be considered to have a disorder. In order to be considered to have a disorder, the urges must also cause some sort of distress or other difficulties (Journal of the, 2015). Therefore, with no clear link between a pedophilic disorder and criminal behavior, or a link to a mental disorder all together, the judge should not have differed Mr. Snodgrass to a mental health court.

Heterosexual and homosexual are only orientation of sexual desire. The specific orientation of the individual’s disorder does not impact the actual disorder, but it does suggest the individual’s targets. Pedophilia is considered to be an actual mental disorder as classified by the American Psychiatric Association (Web MD, 2015). There is big difference between pedophiles and child molesters; mainly desires and actions (Web MD, 2015). Pedophiles are diagnosed with pedophilic disorder when their desires and attractions towards children interfere with their lives in ways such as: guilt, anxiety, alienation, difficulty pursuing goals, or if urges result in children being approached for sexual gratification (Web MD, 2015).

While the judge in the given scenario allowed the individual to have his case managed by the metal health court, there are other options as well. The individual may do well with treatment and relapse prevention ordered by the mental health court. Perhaps being prescribed medications to control sexual urges as well as therapy will control the urges he experiences from this disorder. However, the lawyer’s justification of his client’s condition being minimal is not accurate. There are plenty of other ways the individual could have fulfilled his desires and urges. Although child pornography is not legal, it is easily accessible on the internet, as are most things regardless of legality. The fact that the individual felt the need to approach little girls on a playground suggests that his disorder is affecting his actions. Perhaps the individual only behaves in this manner as it fulfills his desires currently. What happens when looking no longer suffices? The judge has a responsibility to consider the safety of the public. Consequences should be imposed for actions. The individual could still obtain help with the disorder while being ordered to remain out of society for a specific period of time. Additionally, the individual should have restrictions imposed that do not allow him in public areas where children tend to gather such as, parks and schools.

In the discussion, Jones points out the existence of judicial policies that outline the guidelines for the special handling of offenders with mental illnesses. In 1959, the US judicial systems established special units across the correctional facilities, which work together with the judicial system (NIC, 2015). The major duty of the special units is to increase the efficiency of correctional structures by offering advice according to the mental state and psychological environments of an individual. As such, the ill offenders receive intervention in the aim of stabilizing their mental state to ensure that the established rehabilitation approaches work as proposed. A report by National Institute of Corrections (NIC) the establishment reduced the rates of incarceration from ex-inmates (2015)....

The Relationship between Juvenile Delinquency and Parental Absence (450 words)