Mechanism of Action of Statins, Anticoagulants, Fibrinolytics and MCQs, Case Studies of Pharmacology 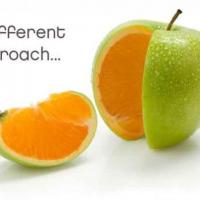 1. Describe the major mechanism by which statins reduce circulating cholesterol. Compare this activity to other agents that reduce blood cholesterol by decreasing cholesterol absorption. Give some examples of drugs.
2. What is the major mechanism of action of anticoagulants? How different is this action from antiplatelet drugs? What is a major role of aspirin and why is this drug so widely used?
3. Briefly describe the mechanism of action of fibrinolytics? Why are these drugs the most popular for patients with acute cardiovascular disease?
4. Briefly present the most common clinical problems that patients experience during treatment with Histamine H2 Receptor antagonists, such as cimetidine (Tagamet). Does it interfere with hepatic CYP enzymes? How this can affect the plasma concentration of other drugs? Give some examples.
5. Laxatives, including lubricants, are commonly used by patients at different age. How these affect the absorption of fat-soluble vitamins?
6. Briefly present the most common clinical problems that patients experience during treatment with hypothalamic hormones and analogs, such as GnRH, somatostatin analogs and dopamine agonists.
7. What are the most common indications for clinical use of mineralcorticoids and glucocorticoids?
8. Which of the significant adverse effects of estrogen-only administration is significantly reduced if a progestin is combined with an estrogen?
9. Side effects, such as dry mouth, visual disturbance, constipation, and difficulty in urination are related to medications or drugs affecting the gastrointestinal system. What type of receptors are they antagonizing?
10. An antibiotic is administered once daily in the intensive care unit to treat sepsis caused by an abdominal wound. Serum and urine concentrations of the patients are monitored during the course of therapy. Ten days after therapy is discontinued, the drug is still detectable in the urine.
Which one antibiotic was administered knowing that it acts by entering the bacterial cell and inhibiting protein synthesis due to binding to ribosomal sites? To what category of antibiotics this drug belongs?

Choose the best answer.
1. Major serious effect associated with the long-term use of an aluminum-containing antacid include:
A. Dementia
B. Diarrhea
C. Kidney stones
D. Phosphate depletion
E. Severe alkalosis

2. A patient is prescribed drug for the treatment of his prostate cancer that blocks testosterone from binding to its intracellular receptor. Which of the following drugs has this mechanism of action?
A. Flutamide
B. Tamoxifen
C. Leuprolide
D. Sunitinib

4. A 29-year-old woman develops an exfoliate rash with painful joints, anemia, and nephritis while being treated for a first episode of a urinary tract infection. Which of the following drugs is responsible for these effects?
A. Ciprofloxacin
B. Polymyxin B
C. Trimethoprim-Sulfamethoxazole
D. Nitrofurantoin

5. Which of the following medications, when taken prior to eating, is especially effective for correcting postprandial hyperglycemia after a high-carbohydrate meal, so that hypoglycemia post dosing is minimized?
A. Acarbose
B. Glyburide
C. Glitazone
D. Tolbutamide

7. Which one of the following is most likely to interfere with cytochrome P450 metabolism?
A. Cimetidine
B. Ranitidine
C. Sucralfate
D. Metoclorpramide

9. A 21-year-old student presents to ED reporting with chest pain and non-productive cough that began 1 week ago. His sympotoms are progressing, and he now has a low-grade fever, productive cough, weakness, hemoptysis and anorexia. Chest X-ray reveals an infiltrate in an upper left lobe of the lungs. Culture of the infiltrate reveals fungal elements of Blastomyces dermatitidis. The patient was started on an intravenous antifungal. Two weeks later patient’s serum creatinine is significantly elevated. Which of the following was most likely prescribed for this patient?
A. Clotrimazole
B. Itraconazole
C. Colloidal amphotericine B
D. Voriconazole

10. An HIV-infected patient develops rapidly progressing cryptococcal meningitis.
He was hospitalized and treated with Amphotericin B and Flucytosine.
What therapy would you recommend after his release from the hospital for prophylactic therapy?
A. Clotrimazole
B. Fluconazole
C. Metronidazole
D. Itraconazole

Case-based questions:
Case: A 62-year-old woman is recently diagnosed with hypertension and hypercholesterolemia.
• Her family history is notable for hypertension and diabetes. Her mother had a stroke at age 79.
• She tries to exercise daily (walking for 1mile), and occasionally forgets to take her medications prescribed for
hypertension 2 weeks ago.
• She does not smoke tobacco products, drinks a glass of wine occasionally, and does not use any illegal substances.
• She has not had any significant health problems, does not take any chronic prescription medications, and used
acetaminophen or aspirin for occasional headaches.

Extra!
1. A 27-year old student started to receive combination therapy for tuberculosis. Which of the following would interfere with her use of contraceptives?
A. Isoniazid
B. Rifampin
C. Ethambutol
D. Pyrazinamide

2. A 21-year old student came to emergency room due to blurred vision and loss of ability to distinguish color. He is taking only an antifungal medication. Which of the following could result in these effects? Does it require any additional treatment and why?
A. Griseofulvin
B. Nystatin
C. Voriconazole
D. Flycytosine

3. Does it require any additional treatment and why?