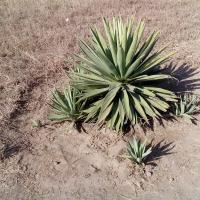 1) In The Elementary Forms of Religious Life, Durkheim writes "if the movements by which these feelings have been expressed eventually become inscribed on things that are durable, then they too become durable. These things keep bringing the feelings to individual minds and keep them perpetually aroused, just as would happen if the cause that first called them forth was still acting. Thus, while emblematizing is necessary if society is to become conscious of itself, so is it no less indispensable in perpetuating that consciousness" (232-233). Explain the relationship between objects, moral feelings, and society in Durkheim's discussion of totemism. Describe an example of totemism in contemporary life.

2) In The Division of Labor in Society, Durkheim writes "[Punishment] does not serve, or serves only incidentally, to correct the guilty person or to scare off any possible imitators. From this dual viewpoint its effectiveness may rightly be questioned; in any case it is mediocre." (p. 62-63). What is the role of punishment in society for Durkheim? How does this relate to social solidarity?

3) ESSAY: Be sure to use Durkheim’s and Marx’s concepts and ideas in your answer. There is no right or wrong answers to these essays. Your grade will be determined by your ability to analyze the situation using the relevant concepts from Durkheim/Marx correctly.

After class Melvin and Darcy argued about the causes of the subprime mortgage crisis. Melvin argued that Marx’s theory provides the best explanation for the crisis. The concepts of alienation, exploitation, and crisis of overproduction simply allow one to understand what had happened. Darcy, on the other hand, thought that Durkheim provides a much more convincing account. For her, concepts like solidarity and anomie provide a really interesting way to think about how people behaved in the years prior and during the financial crises. Explain how Marx and Durkheim would have interpret the financial crisis. Which explanation, in your opinion, is more convincing and why? Be sure to use Marx’s and Durkheim’s concepts in your analysis and to justify your own position with refrence to the relevant theories.

1. Durkheim saw totemism as an essential component of religion and religion itself was the precedent to modern day science and philosophy. By totemism, Durkheim is referring to the 'emblemization' of a higher force or power or authority in the form of a symbol or object in the visible world. Most commonly they are used as symbols for god, which is a collectively imagined higher power that commands a shared respect from those who believe in it.

With this respect comes a belief in that power's authority and so people are inclined to obey the morals 'preached' by that power. This sort of totem can be a person or an object. But the totem is not the higher power itself, nor does it possess any supernatural talents. It will just be regarded by society as a 'direct representative of the deity' rather than a deity itself. And even if this is just 'illusory', the fact that it is a belief shared by a large group of people makes it sacred....

The Meanings of Success (680 words)