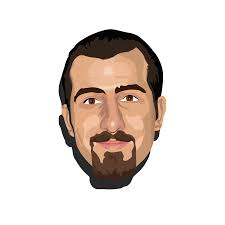 As governments downsize, they often contract with private companies to perform what was once considered to be the traditional work of government. What are the advantages and disadvantages of privatizing public services such as jails, public schools, state welfare agencies, state employment agencies and so on?

Privatization of Government Services
In the recent decades, governments across the world have increasingly considered privatization of government functions in an effort to reform service delivery and reduce running costs and bureaucracy. The concept of “privatizing” government functions has different meanings and implications but the central idea is derived from the political philosophy of restraining government control or regulation and promoting a free market economy – so that governments cease to bear direct responsibility for delivery of the service (Ballati 4). Some of the government functions that have been privatized or are targets for privatization include education, health, welfare agencies, jails among others. Transferring operations of state-owned enterprises to private organizations has both advantages and disadvantages.
Proponents of privatization of state functions believe that this improves government efficiency and quality of services, reduces government bureaucracy, and reduces government costs because private organizations will deliver same functions at lower costs and better customer satisfaction (Goodman and Loveman). Government bureaucracy is associated with high running costs and inefficiency because there is no competition....