Need Help With Languages - Other?

Thousands of languages and dialects are spoken by humankind. No one knows exactly how many languages there are, and the estimations made by researchers vary significantly from one to another. Perhaps one of the reasons is that most of those languages exist only in the spoken form; that is, they are not used in written form. When it comes to writing systems, there exist only a limited number of these. Some of them are very popular and are used by a significant share of the world population, while others may be utilized by only a very small segment of the population.

Some of the most ancient writing systems produced by mankind, such as those of ancient Egypt and Mesopotamia, faded from use thousands of years ago. The Egyptian writing was based on images of animals, people, objects and geometrical patterns (see below). Most of these symbols (often called hieroglyphs) signified a syllable or a sound. Depending on the context, the hieroglyphs could mean what was pictured (for instance, a house or a river), but in most cases the symbols simply had a certain phonetic value, which had nothing to do with the symbol itself. 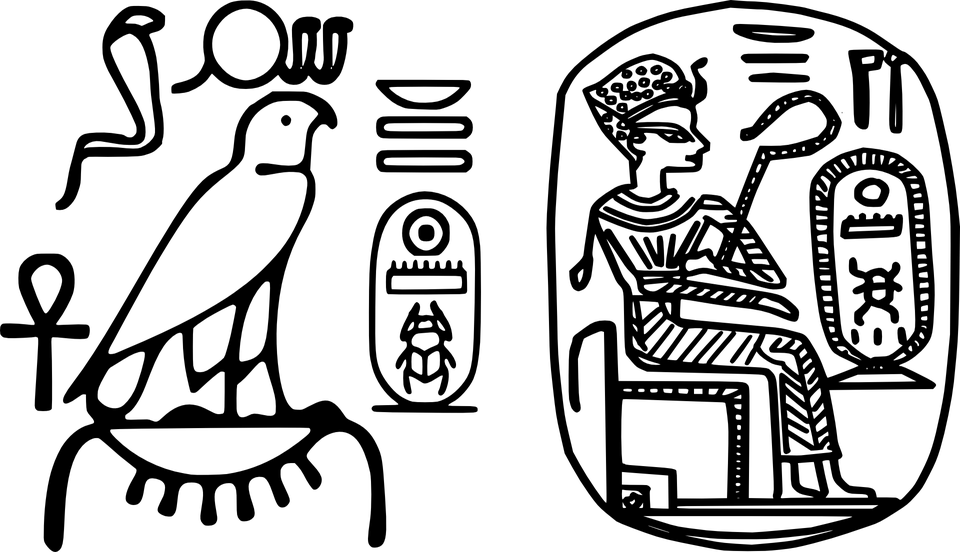 The Mesopotamian script, often referred to as cuneiform writing, emerged in the ancient Sumerian civilization, which flourished between the Tigris and Euphrates rivers over three thousand years BCE. Tablets made of clay usually served as the material for ancient Mesopotamian scribes (see below). The principle of the script was similar to the Egyptian hieroglyphs. Some symbols represented whole words or concepts, while others were read as separate syllables. The cuneiform Mesopotamian script became extinct at the dawn of the CE. 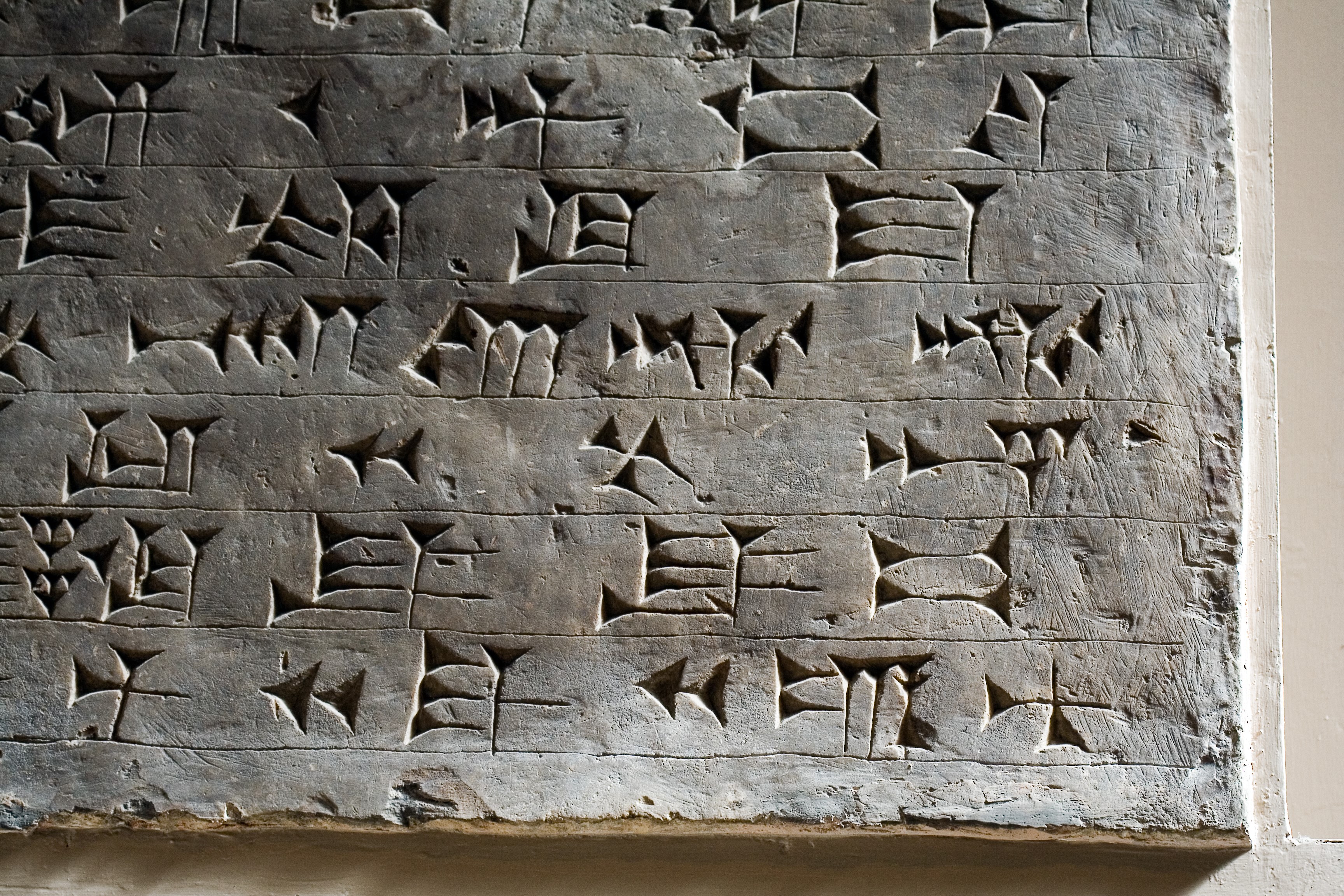 The Phoenician alphabetic script, born roughly in the same Middle East geographical area, caused a real revolution in language (below). Unlike the other two, this script was based upon the alphabetic principle where one symbol always meant one sound. This invention made learning how to read and write a lot easier. The Phoenician script was brought by Phoenician sea merchants to Greece and adopted by the Greeks. The Greek alphabet has been used since at least 9th century BCE until now to write down the Greek language. 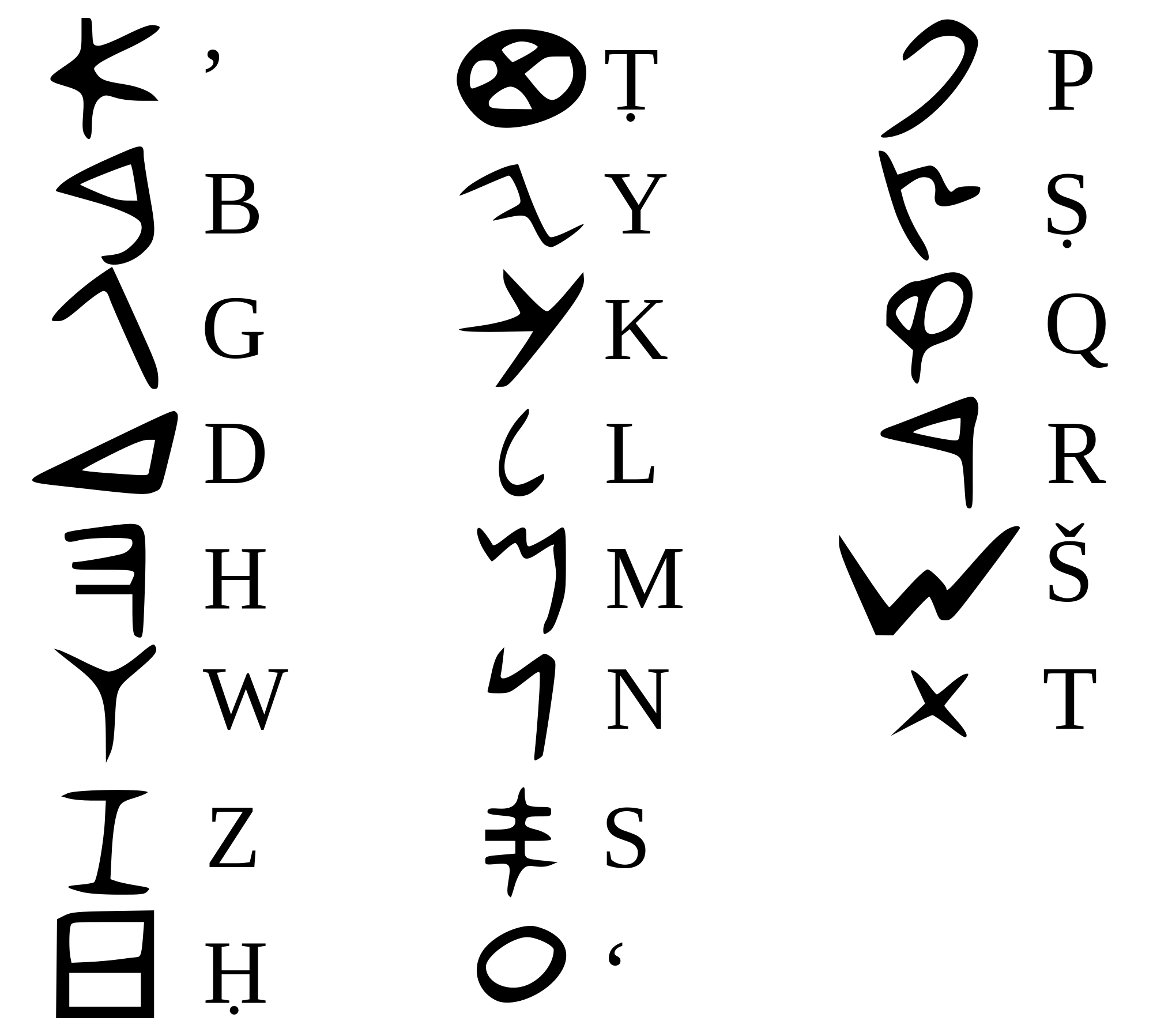 In its turn, the Greek alphabet gave birth to two other widespread scripts, Latin and Cyrillic. The Latin script is by far the most popular writing system in the world. It dominates in the Western hemisphere and Western Europe with many languages using it elsewhere across the globe, such as Swahili in Africa, Vietnamese in South-East Asia and Malay in Malaysia. The Cyrillic script, invented by Christian missionaries Cyril and Methodius in 9th century CE to write down translations of religious texts into Slavic languages, is popular in Eastern Europe (Bulgaria, Serbia, Macedonia, Ukraine, Russia) and in some Asian countries (Kazakhstan, Mongolia).

The revolutionary Phoenician alphabet also branched out in another direction, giving birth to the Hebrew and Arabic alphabets, and indirectly through Arabic, to the Ge’ez alphabet of Ethiopia (see below). Of course, the form of letters underwent multiple changes, so a cursory comparison between the modern Hebrew and Latin alphabets will not reveal any noticeable similarities. Rather, it is the alphabetic principle where each symbol has a unique sound value that is what survives all the alphabets based on the Phoenician invention. 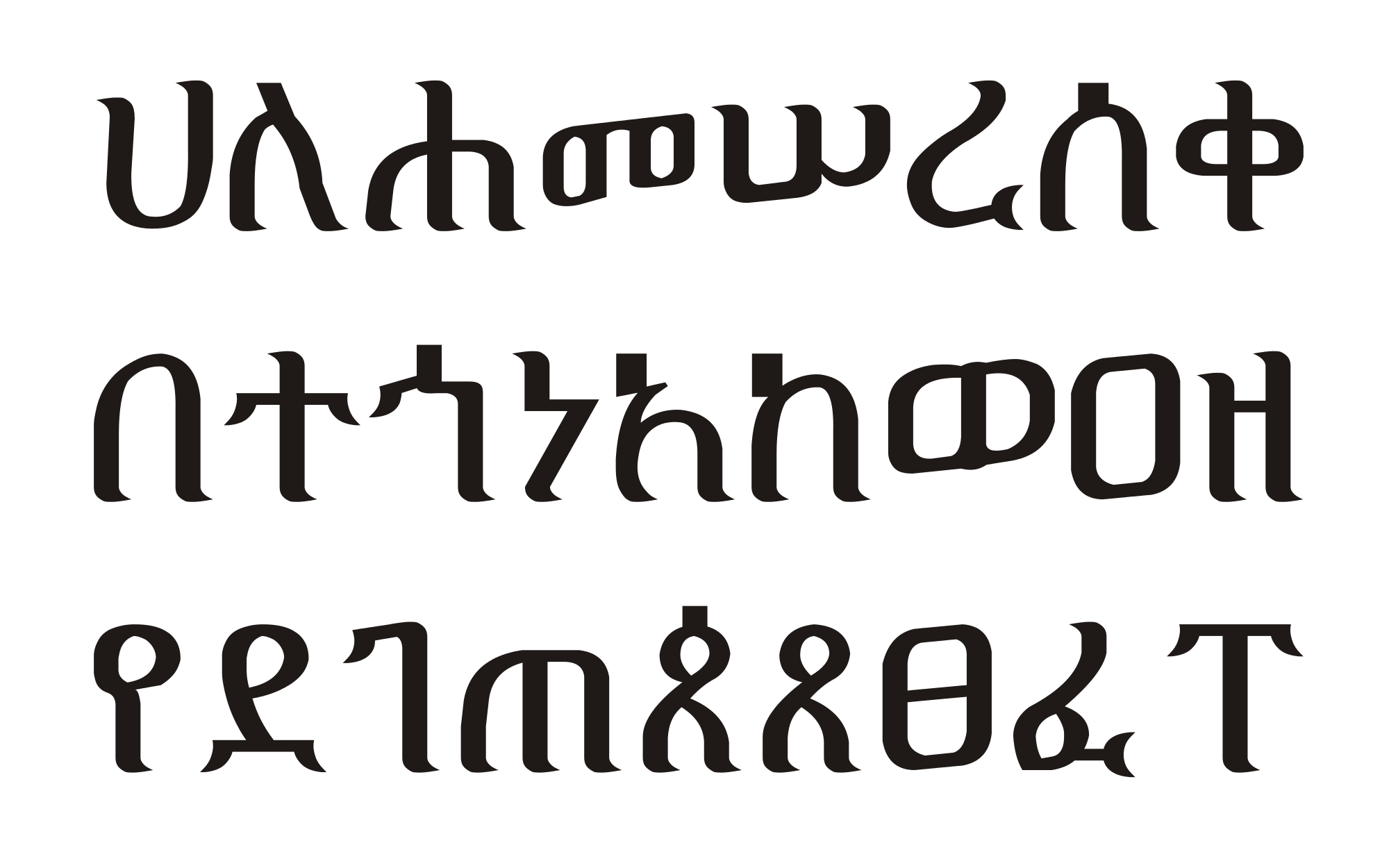 At this point in time most languages use a writing system that can be traced back to the Phoenician alphabet. Some exceptions would be the languages of India, China, Japan, Korea and South-East Asia, who have their own scripts without any links to the Phoenician alphabet. We will have a look at their origins and interrelations in the next article.

Along with the cluster of scripts that emerged in the Middle East and in the Mediterranean region, there were a few other writing systems which came into existence independently in other parts of the world in ancient times. Most notably were the Chinese symbols, originally based on pictograms, and the scripts of India.

The origin of the oldest known Indian alphabet known as Brahmi (see below) is still uncertain. One of the main hypotheses suggests that it was initially borrowed from the Middle East, most probably via the Aramaic alphabet similar to that of the Hebrews. Other scholars do not agree, and argue that the Brahmi alphabet is an original Indian script. Brahmi, used between the 4th century BCE and 5th century CE was the parent writing system of a few other scripts of India and adjacent regions, including the Tibetan script, the Burmese alphabet, the Granthi alphabet used in the South of India, the Thai alphabet in Thailand, the Khmer writing in Cambodia, and some others.

Most importantly, it laid a foundation for Devanagari, a contemporary alphabet used in Hindi, Marathi, Punjabi and most other languages of India. Some of the Devanagari letters signify a specific sound, while others mean whole syllables. Here is a good article for those who wish to learn the Devanagari letters.

The scripts of the Far East (China, Korea, Japan) undoubtedly have separate origins from all Western writing systems. The Chinese script, often referred to as “hieroglyphs” has its roots in ancient pictograms; that is, cursory pictures. With time, some pictograms came to signify abstract concepts, while others acquired a syllabic or sound value; yet their appearance was unified, and by around 1000 BCE the pictogram system evolved into a developed writing system.

The Chinese symbols came to Japan in the very beginning of the CE. However, the structure and grammar of the Japanese language is very different from those of the Chinese dialects. To render the Japanese speech correctly it is necessary to add suffixes or endings to the root word. In order to achieve that, a set of symbols denoting syllables was adopted. Normally, any Japanese text is a mixture of symbols borrowed from China (kanji) and  usually referring to the word root and syllabic elements (kana) needed to render word parts specific to the Japanese grammar (please see a sample below where the initial, more complex symbols are kanji, and the two concluding ones are kana).

Korean script is also quite often referred to as “hieroglyphs.” In reality, that is very far from the truth. Korean symbols are not pictograms, and, in fact, have nothing to do with the Chinese script. The Korean script was invented in the 15th century. It is an alphabet where all the symbols have their corresponding sound values (see below). Given its limited number of symbols (unlike Chinese) the Korean alphabet is not difficult to learn.

Our languages subject page listings are changing and growing all the time. As a result, you may not find an exact match to our languages subject listings when you are submitting your homework help request. In this case, choose the Languages - Other category which is designed specifically for this situation.

When a student selects Languages - Other, a notice goes out to all homework help and live online tutors in languages, increasing the likelihood that one of our staff tutors with an academic background matching your work will find it. If not, let us know and we can comb our applicant pool where we have thousands of tutors waiting to get hired to help college students like you.

To fulfill our tutoring mission of online education, our college homework help and online tutoring centers are standing by 24/7, ready to assist college students who need homework help with all aspects of language. Our languages tutors can help with all your projects, large or small, and we challenge you to find better online language tutoring anywhere.